Decayed teeth could stop you getting your dream job 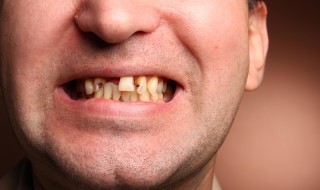 Decayed teeth could stop you getting your dream job

Decayed teeth or bad breath could hinder chances of employment according to a new survey.

The survey, carried out by Yougov for the British Dental Association (BDA), found that 77% of people believe poor oral health could hinder chances of finding employment in public or client-facing roles, compared with 38% of respondents feeling the same way about being overweight.

‘This new evidence is a stark reminder that a winning smile isn’t just for fans of selfies, it’s for anyone who wants to get on in life.’

The BDA has launched the results to coincide with the launch of the All Party Parliamentary Group for Dentistry and Oral Health, and as tooth decay remains the number one reason for children to be admitted to hospital.

‘Ministers have viewed oral health as an “optional extra” for far too long,’ Henrik continued.

‘For the children lining up for tooth extractions in our hospitals, decay has long-term consequences.

‘Whether they grow up to be solicitors or receptionists, the state of their mouths can affect their life chances.

‘The link between decay and deprivation is still going unchecked in England.

‘We think all children deserve the best start, and the government must do more than pay lip service to these shocking inequalities.’

The government recently announced 10 pilot preventive programmes in England targeting areas with high decay rates, but has not released any details of the scheme or pledged any dedicated funding.