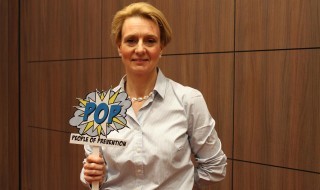 After Sara Hurley’s latest talk at the Conference of Local Dental Committees, Michael Watson explains how dentistry is run in England.

The Conference of Local Dental Committees (LDCs) can be a difficult audience to impress, but last Friday in Manchester Sara Hurley, chief dental officer (England), gave an impressive presentation well received by representatives and all others who heard her.

It was a speech directed at a specific audience, the LDCs, and rightly assumed a degree of knowledge, not only about practice, but also dealing with the many bodies that seek to control them and the delivery of the service.

I am not a great one for organisational diagrams, but there was one that described where the office of the CDO sits in the scheme of things, which was illuminating.

With this shift there also arose a new strategic decision-making dynamic, and as such we saw the demise of the traditional organisational hierarchy.

Recognising this, Sara has established herself and the office of CDO at the centre of the new order decision making matrix.

From this position she retains independence of thought and action with a 360 degree view of all dental care and oral health activities.

Critically she has tangible reach and influence into NHS England, DH, HEE and PHE, but remains close enough to dental care provision to get ground truth in a timely manner and evidence not filtered by bureaucrats.

Healthcare and politics are no longer simple linear organisations but a complex web of interests, activity and stakeholders.

In terms of dental care and oral health, the CDO has secured our presence at the heart of the web and she remains intent on staying there.

This brings me to the second message I took away, there is no point in protesting against things you cannot change.

The earliest a new contract can start is 2018, but the parliamentary timetable suggests that it could be delayed until after the next general election in 2020.

The Treasury has said that it is not interested in indefinite or long-term contracts across the public service anymore, having had its fingers burned by 30-year PFI deals in the past.

There is no hidden pot of money, quite the reverse; every extra pound spent on dentistry has to be fought for.

The third message was that improvements can be made even now and even with the existing contract in place.

One such innovation from NHS England comes in the form of in-practice prevention for children and support for local government initiatives to improve oral health.

The CDO spent January to May this year on a programme visiting every part of England, talking to dentists, local dental committees and local dental networks.

The country is too diverse for a ‘one size fits all’ approach.

Improvements to the service will come from local initiatives and ideas.

Here LDCs and LDNs have a pivotal role to play.

As Sara said: ‘We are good.

‘We know we are good.

‘Now the public needs to know we are good.’

Missed out on this week’s dental news? No problem, here’s what happened over the past seven days… Prime Minister says…