Brexit – are you for or against? 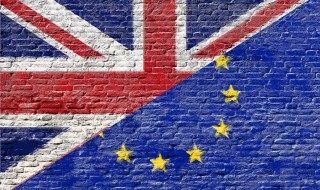 Brexit – are you for or against?

Henrik Overgaard-Nielsen and Alun Rees argue for and against exiting the EU.

I have been asked to write a short piece on the arguments for a Brexit vote on 23 June, but let me start by saying that this is my personal opinion – the BDA or GDPC have no policy on whether people should vote to leave or remain in the EU.

The EU governs 550 million people using 24 official languages. Politicians are hard enough to understand in your own language.

These presidents represent you in the highest level meetings across the world, in foreign affairs, trade, justice and military matters.

The UK only holds 12% of the votes in the EU council of ministers where all legislative changes are voted on, and remember an EU directive is legally superior to any existing British law.

Ten years ago, Tony Blair, Peter Mandelson, Kenneth Clark, Michael Heseltine, bankers, multinational companies and foreign leaders all warned us that if we did not join the Euro, we would be:

If to sell to the EU, the shape of a piece of fruit needs to be determined, well so be it, only producers of those goods need to be bothered with pages of legislation. Why should shops selling in the UK be?

No matter the threats I believe we will be stronger outside ‘an ever closer political and economical union.’

EU won’t stay as it is, we either vote to leave or we will move towards a United States of Europe.

It’s important to get some perspective on where we are coming from with the UK membership of the EU.

The first half of the 20th century saw Europe dominated by two world wars. In their wake the European Coal and Steel Community (C&SC) was formed by the leaders of France and Germany.

By sharing the ownership of the two main industries needed for warfare they hoped to avoid another military conflict. A simple idea that worked.

Britain could have joined at the outset but was indecisive and when the European Economic Community (EEC) grew out of the C&SC, the UK’s entry application was rebuffed until the Heath government took in the UK in 1973.

There have been mistakes with the European experiment; especially the rapid growth to take in countries from the Soviet bloc and the inclusion of some currencies.

Blaming the EU for all the problems in the UK is short sighted. The leave supporters say that the EU interferes too much and imposes excessive bureaucracy. Europe has had nothing to do with the CQC or the GDC; we have managed to unleash and feed both those beasts all on our own.

If it’s sovereignty you hanker after beware of what John Naughton described as, ‘searching for imperial afterglow’. Surely anything that unites Messrs Gove, Johnson and Farage must cause an instinctive unease?

Erecting barriers between the UK and the European Commission (EC) will cause significant problems for science as the many cross border projects and the flow of personnel will be reduced. Innovations in drugs and materials will be slowed. The EU Clinical Trials Regulation, designed to significantly reduce administrative burdens by allowing for a simplified process, will not apply, thus increasing problems for multi-centre trials.

At present the European Medicines Agency is based in London – Brexit would mean its relocation leaving the UK needing its own agency. This would mean lower quality and higher cost pharmacovigilance, as the UK would have smaller data sets due to less cooperation and information sharing.

In medicine there is the possibility that the one in 10 doctors currently working in the UK who are EU citizens (including Ireland) would have to leave. Also it may be that UK degrees and other qualifications will no longer be recognised beyond this sceptred isle.

Be careful what you wish for, don’t throw the baby out with the CE mark bathwater.