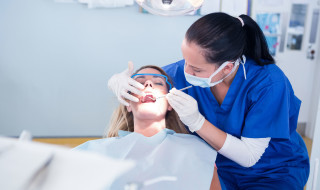 Dental leaders are on a fresh collision course with the government over another attempt to make migrants pay for their NHS treatment.

A new NHS (Overseas Visitors Charging) Bill, to be published in the next two months, will tighten the rules to ensure fewer European visitors qualify for care, including in dentistry.

Under the proposals – outlined in the Queen’s Speech – treatment will only be free for UK residents who ‘live here lawfully and make a financial contribution’.

The Department of Health (DH) plans to:

A consultation paper reads: ‘Routine dental care is not immediately necessary or urgent.

‘People who are not resident in the UK should make a fair contribution to the costs of their NHS dental treatment.’

However, EEA residents who currently qualify for free dental treatment will continue to be exempt from paying the banded dental charge.

Similar rules will be introduced for diagnostic tests and scans, prescriptions, ambulance trips, eye care and even trips to accident and emergency departments, DH said.

The EEA is made up for the 28 member nations of the European Union, plus Iceland, Norway and Liechtenstein.

DH hopes to raise up to £500 million a year from the measures – having brought in £100m in six months, after an initial clampdown on so-called ‘health tourism’ was introduced in April 2015.

That crackdown largely targeted secondary care, such as elective operations in hospitals, and had less impact on dentistry than the new Bill is likely to.

The British Dental Association (BDA) said it had already made clear its firm opposition to charging in the circumstances proposed.

A spokeswoman said: ‘The reason for this is that the proposals would constitute a significant amount of extra administrative work for dental practice teams.

‘Also, unlike for GP patients, there is no existing online portal for dental patients operated by the Department for Work and Pension’s overseas healthcare team.

‘The impact of collecting and processing details of European Health Insurance Card (EHIC) cards would therefore be greater for dental practices.

‘Furthermore, there is no global system linking one dental IT practice with another, meaning it may also be difficult to work out charges.’

The BDA said it was also concerned that trying to find out where patients are from, and take deposit payments, would ‘overstretch A&E staff considerably’.

However, the Queen’s Speech document said the legislation would enact the Conservatives’ ‘manifesto commitment to recover costs from migrants who use the NHS’.

It stated: ‘Only UK residents – who live here lawfully and make a financial contribution to this country – will get free NHS care.’