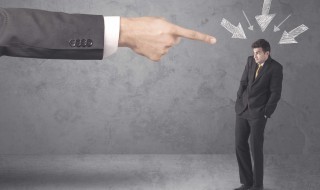 Who is to blame for the faults in dentistry, Michael Watson questions.

She was director general of MI5 from 2002 to 2007 and talked to people working in environments where it seems that someone must always be to blame.

Hers was not an argument against holding people to account – criminal negligence and serious culpability must be exposed, scrutinised and punished, she said – but it was an attempt to understand how to hold people responsible ‘while avoiding fruitless witch hunts’.

This brings to mind the General Dental Council’s (GDC) attitude towards dentists.

A complaint has been made – well actually over 3,000 of them – so someone (a dentist) must be to blame.

The GDC reckons it is its job to find fault, find out who is to blame, and conduct what, in many cases, can only be described as a witch hunt.

Of course what the GDC investigates is whether the accused dentist has followed the standards laid down by them.

The questions that arise are:

But it is not just the GDC that wants to apportion blame.

Take the issue of too many children needing extractions.

Whose fault is this?

Is it the parents for stuffing their kids’ mouths full of sugar-laden food and drink?

Or is it their fault for not taking them to the dentist?

Is it the fault of the government for not having a strategy for prevention (which incidentally they have)?

Is it the fault of local authorities whose remit now includes public health?

Or is it the fault of the UDA contract?

Perhaps though we should look at ourselves.

Is it dentists’ fault that children are not seen early enough?

Is it our fault that, with some notable exceptions, we don’t take prevention out into the community?

Is it our fault for not seeing children, but concentrating on fancy work for adults?

It is time to stop this blame game in dentistry and start developing a strategy for making our patients healthier?

Dental professionals joined NHS colleagues in a protest march against the Covid-19 vaccine mandate for healthcare staff. Rallying together last…