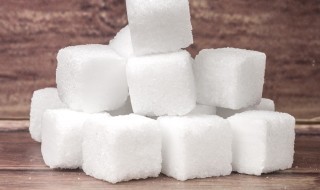 Just how much sugar goes into the nation’s coffee shop favourites? Unless you’ve been in a sugar-induced haze over the last few months, you can’t have missed the news about hot drinks from the UK’s biggest coffee chains being laden with the sweet stuff.

(It is worth noting here that the survey did not single out the chains’ more standard coffee fare  – filter coffees, espressos and so on – for criticism.)

More than one-third of the drinks tested contained the same – or higher – levels of sugar as a 330ml can of Coca-Cola.

Professor Graham MacGregor, professor of cardiovascular medicine at Queen Mary University of London and chair of Action on Sugar, said: ‘This is yet again another example of scandalous amount of sugar added to our food and drink. No wonder we have the highest rates of obesity in Europe.

‘David Cameron now has all the evidence to make the UK the first country in the world to stop the obesity and type 2 diabetes epidemic.’

‘These hot flavoured drinks should be an occasional treat, not an “everyday” drink. They are laden with an unbelievable amount of sugar and calories and are often accompanied by a high sugar and fat snack.

‘Our advice to consumers is to have a plain hot drink or ask for your drink to contain a minimal amount of syrup, preferably sugar-free, in the smallest serving size available.’

Action on Sugar has called on the coffee chains to stop serving extra large cups of sugar-laden hot drinks. It singled out Starbucks for criticism because its serving sizes – at 454ml and 568ml – were two sizes larger than a typical medium serving size of 340ml, adding to the excessive sugar intake in many of its drinks.

The Faculty of General Dental Practice (UK) says that the shocking amount of sugar in some hot drinks is further evidence of the need for bold action to make it easier for people to make healthy dietary choices.

The FGDP(UK) has been among those calling for full implementation of Public Health England’s recommendations to reduce the nation’s sugar consumption, including a tax on sugary drinks. Responding to Action on Sugar’s analysis, FGDP(UK)’s dean, Dr Mick Horton, said: ‘Sugar contributes to a wide range of illnesses, including tooth decay, obesity, type 2 diabetes, heart disease, stroke and some cancers.

‘These days most of us may be aware of the unhealthy amount of sugar in a can of pop, but may not realise that hot drinks bought on the high street often contain just as much, and that’s before we add any ourselves. Some contain as much sugar as an entire packet of chocolate biscuits!

‘People need to be empowered to make more informed choices, and incentivised to make healthy ones. These kinds of products should be better labelled to clearly indicate the amount of sugar they contain. A tax on sugary drinks would also help by shifting consumption towards healthier alternatives; not only via the price itself but in the health message differential pricing would send. A tax should be backed up by stronger restrictions on advertising and price promotions, and could pay for badly needed health education initiatives.’

Spokespeople for Starbucks and Costa Coffee have claimed to be setting targets to reduce the added sugar content in ‘indulgent’ drinks by 2020.

1hr
|
Oral Health
Dentistry Online uses cookies to give the best experience. If you continue to use our site, we will assume that you agree to the use of such cookies. Read More.
Accept