The battle between quality and quantity 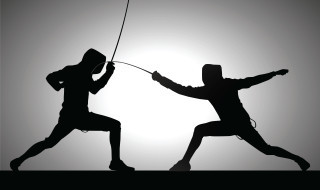 The battle between quality and quantity

It is an interesting time at the moment in NHS dentistry as there are a couple of notable developments occurring.

Firstly, rolled out in three phases in December, January and February, the line-up of practices working under one of the two blends of NHS prototype dental contracts for England is complete.

The two well-reported variants of potential new contracts involve capitation and activity payments blended together in two different ways, as the leaders of the contract reform programme seek to address weaknesses identified in the pilots.

One such weakness hinges on the issue of cost in relation to the delivery of the reported excellent patient experiences during the pilots. They appeared to arise from the comprehensive nature of the oral health assessment, which seemed to promote a less rushed and more thorough feel to patient care. Although this was appreciated by patients and dental teams, most pilot practices experienced a cost associated with delivering such an experience.

In fact, in order to create the scale needed to handle the changing work patterns and avoid (or recover) waiting times, considerable investment was needed. Therefore, it will be interesting to see the effects this has on practice profitability.

In other cases, it was not the level of practice overheads that suffered but access and activity, with too many pilots experiencing a considerable and unacceptable reduction in both.

Clearly, the Department of Health is always going to be profoundly uncomfortable with an apparent drop in access, given it is the number one priority when it comes to NHS dentistry. It is also unlikely to be happy with a drop in activity levels that could point to a reduction in value for money for the taxpayer. It will be less worried about a practice voluntarily deciding to increase its costs to meet a fixed income contract.

And so it seems, the latest stage is the battle between quality and quantity, with no ring-fenced contract value and financial incentives (or penalties depending on your perspective) to maintain access and activity at ‘appropriate’ levels.

Secondly, there is the inevitable need for time and energy to be bestowed on agreeing data; in fact a decision based on performance against requirements of the dental quality outcomes framework is yet to be introduced due to concerns over said data. Could this lead to a potential development of wasting time and money on dispute resolution? It will be fascinating to see how the players adapt to the changes and deal with the risks involved.

And thirdly, just as we start to get to grips with the latest phase of the contract reform programme, the news from George Osborne surfaces that the Government is ‘carefully considering’ the removal of non-time-limited contracts for NHS dentistry.

If time-limited contracts are to become the norm, which seems inevitable after the CDO’s more recent speeches and Osborne’s announcement, then that is a notable development on a scale we’ve not seen for many years and could be the end for independently run NHS practices.

If you’d like to know more about how Practice Plan could help you make a greater success of your practice, visit www.practiceplan.co.uk/dental-plans or call 01691 684165. 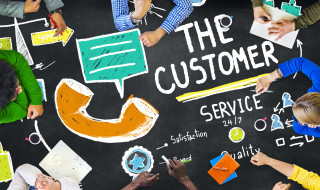 1625d
|
Dentistry Features
Dentistry Online uses cookies to give the best experience. If you continue to use our site, we will assume that you agree to the use of such cookies. Read More.
Accept