Largest ever improvement in children’s oral health in Wales 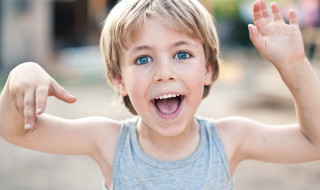 Largest ever improvement in children’s oral health in Wales

A survey has shown the most significant improvement in children’s oral health in Wales ever recorded.

The study by Cardiff University showed a reduction in dental decay in five-year-olds of 12% since 2008.

A reduction in the average number of teeth affected when tooth decay does occur, was also observed in the study.

‘Dental disease levels in children in Wales continue to improve across all social groups,’ A spokesperson for the Cardiff University survey said.

‘There is no evidence of widening inequalities here.

‘This is in contrast with surveys prior to 2007, when improved decay levels were normally associated with widening inequality.’

The Welsh Government attributed its Designed to Smile scheme as a factor in the improved dental health in Welsh children.

The scheme, which was launched in 2009, supervises tooth brushing in schools and nurseries in disadvantages areas of Wales.

More than 91,000 children in 1,439 schools and nurseries are taking part in the scheme.

‘Levels of dental disease are reducing across all social groups – we are closing the dental health gap between the poorest and the most advantaged children in Wales,’ said Health and Social Services Minister, Professor Mark Drakeford of the Cardiff University report.