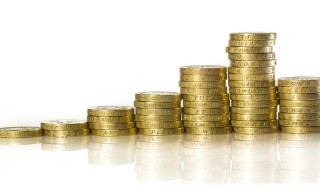 Average profits for private practices have jumped over the last year, while NHS profits have stagnated.

The National Association of Specialist Dental Accountants and Lawyers’ (NASDAL’s) latest figures show that the average private practice profits per principal have jumped to £140,129 in the year ending 5 April 2015, compared with £130,613 the year before.

This is in contrast to NHS practices, where the figures show average practice profits per principal have only marginally increased to £129,265, compared with £129,054 the year before.

‘All types of practice have seen a sustained recovery in profitability,’ Ian Simpson, chartered accountant and a partner in Humphrey and Co, which carries out the statistical analysis, said.

‘Costs seem to be static across all practices.’

Private practice profits per principal just overtook NHS profits in 2014 for the first time since 2006.

‘It is positive to see that the UK dental market has continued to grow at a rate of around 4.4% with relatively unchanged costs and a prolonged recovery in profitability,’ Nick Ledingham, chairman of NASDAL, said.

Ian Simpson described the £520 difference ‘likely to be due to increasing insurance and subscription costs’.

The annual Benchmarking Survey statistics are gathered from NASDAL members across the UK to provide an average ‘state of the nation’.

The sample size for the statistics included 600 practices (which equated to 650 principals) and 600 associates.