Where should funds raised from the sugar tax go? 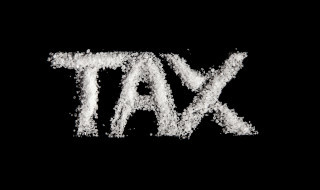 Where should funds raised from the sugar tax go?

Political commentators sometimes observe a budget that is applauded as it is delivered, unravel in the following week.

This was certainly true of George Osborne’s 2012 budget, which went down in history as an ‘omnishambles’.

Could the same fate await his 2016 proposal for a levy on sugary drinks?

The announcement took everyone by surprise, including Jamie Oliver who had campaigned for months on the issue.

Within minutes of the Chancellor telling the House of Commons of his plan, social media associated with dentistry leapt into life.

The proposal has been welcomed across the profession, although some have said that it is only the first step on the road to a national oral health strategy.

So forgive me if I pour a few drops of (unsugared) water on his plans, whilst recognising that it represents a significant climb down on what the Prime Minister was saying only a few weeks ago.

For a start, Osborne made no mention of oral health, telling MPs that this measure was aimed specifically at childhood obesity.

Of course sugar is a major factor in both overweight and dental decay, but for the latter frequency of intake is at least as significant as quantity ingested.

Just switching from high to low sugar drinks, especially when some other sugar laden foods and drinks are excluded, will not have a dramatic effect on the shocking state of vulnerable childrens’ teeth.

In addition, the proceeds of this tax will be spent on improving sport in schools, but no mention of using some of it to fund schemes like Scotland’s Childsmile or schemes in England such as Teeth Team, which both operate in schools.

The danger is that having taken this step the Government will think it has done enough.

Chair of the Health Committee, Dr Sarah Wollaston MP, said late last year that they believed that a sugary drinks tax should be included in a childhood obesity strategy, ‘with all proceeds clearly directed to improving our children’s health’.

But she added a sugar tax was not a ‘silver bullet’; her Committee urged the Prime Minister to introduce ‘bold and wide ranging measures within his childhood obesity strategy.’

We have been promised this strategy ‘soon’ for some months, but are now told that it is unlikely to arrive until after the EU referendum, hardly a sense of urgency.

We’re also told that it would cover dentistry; dentists must keep up the campaign to ensure it does.