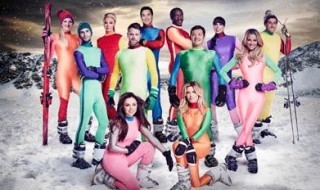 Ben Cohen has lost two teeth and needed 20 stitches after an accident on The Jump.

The retired rugby star is the latest contestant to suffer injuries on the Channel 4 show, in which celebrities attempt to master various winder sports, such as ski cross, slalom, bobsleigh and speed skating.

Despite only recently joining the show, Ben caused injury to his face in training, after crashing into safety pads at high speed.

He was treated immediately after damaging his teeth and lips.

Ben took to Twitter to tell fans: ‘Morning!! Back skiing today after my accident. 20 stitches and 2 lost teeth. #BabbaLip’.

He added: ‘I actually used my face to stop me. Totally unplanned though.’

The show’s contestants have been plagued with injuries this series.

It is believed Ben will continue on the show, which will be next broadcast on Sunday.

Morning!! Back skiing today after my accident. 20 stitches and 2 lost teeth 😖 #BubbaLip pic.twitter.com/hc4PC7Uzqt

1635d
|
Celebrity News
Dentistry Online uses cookies to give the best experience. If you continue to use our site, we will assume that you agree to the use of such cookies. Read More.
Accept