Will the GDC’s action plan change anything? 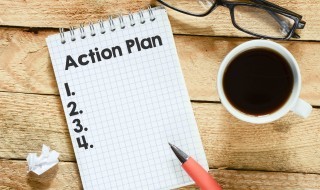 Will the GDC’s action plan change anything?

This week the GDC published its action plan after the PSA’s whistleblowing investigation.

Launching the plan, Bill Moyes, chair of the General Dental Council (GDC), said: ‘The council has had time to consider the report, and as a result has developed a clear plan of actions so that improvements can be made.

‘We have been on a significant journey of improvement over the past three years, a fact acknowledged by the PSA in its report.

‘We fully recognise our responsibility to ensure that the issues highlighted are dealt with effectively, both now and in the future.

‘We know there is further work to do but we are fully committed to becoming a high-performing, efficient regulator.’

The PSA’s report singled out the chair of the GDC, for failures and ‘inappropriate’ decisions including:

When I spoke to Bill Moyes about this, he told me that many of the points raised by the PSA were regarding issues from the previous chair.

He said: ‘Most of what the PSA was talking about took place before I and my colleagues were in office.

‘Making the whistleblowers name available in the organisation certainly happened once I and my colleagues were formally in office, but it wasn’t anything that we were personally involved in.

‘But that was very regrettable and I’ve apologised to the person involved for that.

‘But I think in the main, most of what the report’s talking about happened in the middle of 2013, before we were actually imposed.’

Maybe many of the issues brought up by the PSA were inherited from the previous chair, maybe Bill Moyes is genuinely apologetic for the one or two mistakes that were his fault and maybe some of the other issues had ‘a big element of judgment’ involved in them, as Bill Moyes described them.

But that still begs the question as to why some of the issues highlighted by the PSA back in 2013 are still issues today.

Why has it taken so long for any action to be taken?

The PSA acknowledged that the GDC had made a ‘significant journey of improvement over the past three years’.

But there are still some outstanding issues that won’t be solved on the GDC’s own action plan until mid 2016.

Although there is a whiff of change in the air, the GDC is, as always, full of promises and we wait to see whether this action plan really does make any difference.