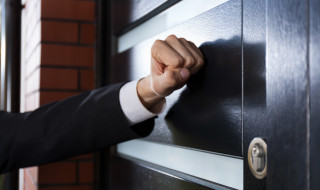 The BDA and SDPC have voiced their disappointment with the Scottish Government over plans to introduce unannounced practice inspections.

The committees have said they are ‘unanimously and overwhemingly’ opposed to the proposals to enable NHS boards to make unannounced inspections in dental practices around Scotland.

‘The Scottish Parliament is poised to pass regulations that could see practices become subject to unannounced inspections by NHS boards,’ Robert Donald, chair of the SDPC said.

‘These new powers lack clarity, and surprise inspections could put both patient safety and professional morale at risk.

‘When we saw draft proposals we wrote to the chief dental officer and the Scottish Government and made our concerns clear.

‘Yet on 28 January 2016 without any further consultation, we were informed by the Scottish Government that the amendments had been laid before parliament that same day.

‘Over the next six weeks MSPs will have the chance to scrutinise them.

‘This is clearly a concerning development, and we have requested an urgent meeting with the CDO and her team to find a way forward.’

15hr Dentistry
Dentistry Online uses cookies to give the best experience. If you continue to use our site, we will assume that you agree to the use of such cookies. Read More.
Accept