The whole board at the GDC should resign 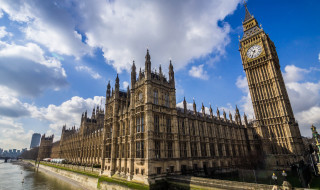 The whole board at the GDC should resign

Bill Moyes and the GDC should be held to account by the profession in an annual meeting, Michael Watson says.

Last week in the House of Lords, Lord Hunt of Kings Heath made a withering attack on the General Dental Council (GDC).

He saw ‘a culture of utter complacency within the GDC’, with no one on the ‘board’ prepared to ‘take responsibility’ for a culture that has clearly lasted a good many years.

He said that following the damning report by the Professional Standards Authority (PSA) he would have expected the entire board of the GDC to resign.

He had read the report with ‘considerable disquiet’; he did not think he had ‘ever seen a report relating to a statutory regulator quite like it’.

The House of Lords is not given to wild rhetoric, so such a statement coming from Lord Hunt who spent most of his working life in the NHS and has been a health minister is very damning.

Lord Hunt had been well briefed by the British Dental Association about the inadequacies of the GDC.

He concluded that he was doubtful of putting any order through in relation to the GDC ‘unless we were absolutely certain that it is able to carry out its job properly’.

Replying, ministers said that Lord Hunt’s criticism that the GDC was not a fit organisation was a ‘much more profound worry’ than any discussions on case examiners.

The following day the order was discussed in the Commons and the minister, Ben Gummer MP, said he too was worried about the GDC’s performance and said he would discuss this with the GDC.

But is this the best he can do?

Apparently so, he confessed that the GDC was independent and he was powerless to dictate the level of the retention fees for example.

This comes in a week when the Chancellor of the Exchequer was criticised for the £130 million paid in tax by Google, but said it was a matter between the company and HMRC and he couldn’t intervene.

It is nearly 20 years since Gordon Brown gave the Bank of England independence over setting interest rates and more recently when Andrew Lansley handed over the running of the health service to NHS England.

In these two cases both Mark Carney and Simon Stevens are doing their job well, but what happens when you have someone like Bill Moyes, chair of the GDC, who from all sides is condemned for doing a bad job.

He can have what in the military is known as an ‘interview without coffee’.

He may even be persuaded to ‘consider his position’ and then receive a fat redundancy cheque courtesy of the registrants he has abused.

If the GDC were a company, the chairman, chief executive and board would be held to account by the shareholders at its annual meeting.

So in the interests of accountability let us have an annual meeting of registrants, which can hold Mr Moyes to account for the way he spends their money.

16hr
|
Dentistry
Dentistry Online uses cookies to give the best experience. If you continue to use our site, we will assume that you agree to the use of such cookies. Read More.
Accept