GDC and section 60 order debated in the House of Lords 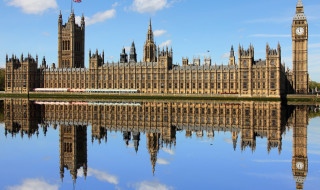 GDC and section 60 order debated in the House of Lords

The GDC and the proposed section 60 order was debated over in the House of Lords yesterday (18 January).

The Parliamentary Under-Secretary of State, Lord Prior of Brampton, proposed new regulation that would allow the General Dental Council (GDC) to introduce case examiners, which it claims could increase the flexibility of fitness to practise procedures and reduce the GDC’s costs.

In an interview with Dentistry.co.uk, Evlynne Gilvarry recently admitted that if the dental regulator could reduce the costs and introduce case examiners, the GDC would be able to reduce the annual retention fee (ARF) charged to dental professionals.

‘The real question before us is whether the General Dental Council is a fit and proper organisation, capable of implementing the changes,’ Lord Hunt of Kings Heath said, whilst debating legislation change (www.publications.parliament.uk, 2016).

‘The BDA briefing that I have received states that while the GDC is, “Britain’s most expensive healthcare regulator”, it, “is also the least efficient, most troubled and enjoys little confidence among”, either dentists or the Professional Standards Authority.’

Discussing the whistleblowing report that was released recently, Lord Hunt said: ‘The PSA came to a number of conclusions and found several areas of improvement for the GDC.

‘I will come to the main recommendation but I read this report with considerable disquiet.

‘I do not think I have ever seen a report relating to a statutory regulator quite like it.

‘It was published only a few weeks ago, before Christmas.’

Lord Hunt continued to read the PSA’s report about the GDC before concluding: ‘ I now understand the concerns that the profession has about the GDC.

‘I had not realised until I went through this information just why there was so much angst within the profession.

‘It is absolutely justified.

‘I would be doubtful of putting any order through in relation to the GDC unless we were absolutely certain that it is able to carry out its job properly.’

Continuing with the debate, Lord Prior of Brampton explained that Ben Gummer MP is the minister ‘responsible for the GDC’.

He explained that the concerns raised in the House of Lords will be brought to the attention of Ben Gummer who will be meeting with the dental regulator and is well aware of the unrest amongst the profession.

Responding to yesterday’s debate in the House of Lords about the new section 60 legislation, a spokesperson for the GDC, said: ‘We welcome discussion of the GDC’s fitness to practise process as a way of receiving constructive input into how we improve our work.

‘These much needed changes to legislation will allow us to streamline the process of investigating complaints about dental professionals.

‘This benefits both patients and the dental profession as we are able to make decisions – and as necessary, take action – much more quickly, helping individuals in the process to meet the required standards for the benefit of patients.

‘We look forward to working with the Government, the profession and patients to ensure we make the best use of our new powers when they come into force later this year.