Are dentists accountable for the level of service they provide for NHS dentistry? 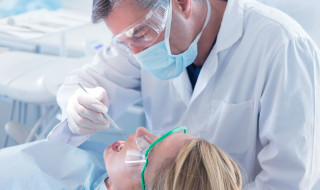 Are dentists accountable for the level of service they provide for NHS dentistry?

Dentists could be held accountable for the level of service they provide because that’s how the 2006 contract works, Michael Watson says.

Last week’s blog aroused some comment both on this site and elsewhere, not all of it complementary.

I return to the theme of the NHS contract with some reluctance, but there is a fundamental misunderstanding of what happened in 2006 which, I believe, is leading those who shout loudest up a blind alley.

From the beginning of the NHS in 1948 to the start of the new contract in April 2006, the treatment that dentists could provide was tightly regulated, mainly by the Dental Practice Board (DPB) in Eastbourne, through a detailed fee scale (the Statement of Dental Remuneration).

There were regulations about what materials could be used and how often particular treatments could be carried out.

Dentists were obliged to make their patients dentally fit and dental reference officers would examine some patients to see that this had been done to a required standard.

On 1 April 2006, this regulatory system was abolished.

Responsibility for what treatment patients received was handed to dentists, or more specifically contractors, which now comprise around 4,000 dentists plus dental corporates.

If the NHS dental service is failing the public by not taking on patients so that Dentaid has to fill the gap, or not seeing children until they have to be admitted to hospital for extractions, then it is the contractors who will be blamed.

It may be unfair but it is what happens when a public service is outsourced to contractors, such as Atos, Capita, G4S and Serco.

It is no use Tony Kilcoyne and his 400 co-signatories going on about how ‘the system’ is providing a poor service.

Since 2006 dental contractors have been responsible for providing NHS dentistry, including an agreed number of units of dental activity (UDAs).

They are accountable for the UDAs they provide and can have money clawed back if they don’t achieve their target.

But UDAs are not an indication of the level of service provided, as their content varies from patient to patient.

In 2006 dental contractors were made responsible for the level of service provided.

In 2016 they could perhaps be made accountable for the level of service provided.