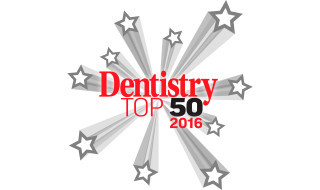 It’s that time again, to vote for who you think has been the most influential in the profession, in Dentistry magazine’s and Dentistry.co.uk’s Dentistry Top 50.

Once again we’re opening up the voting poll for you to have your say on who you think is the most influential in the world of dentistry and to make sure they get the recognition they deserve from their peers.

This is the eleventh year of the prestigious Dentistry Top 50, where the readers of Dentistry and visitors to www.dentistry.co.uk are invited to vote for the people in the UK dental profession who they feel are the most influential (see last year’s results here).

Last year, it was the chief dental officer (CDO) at the time, Barry Cockcroft, who topped the polls.

Since then, Barry has stepped down from his role as CDO and is now working as non-executive director of the IDH group.

Will Barry Cockcroft hold onto the crown for another year? Will his successor, Sara Hurley, take over the mantel and become the first female to be crowned top of the Dentistry Top 50?

Make sure you have your say here.

Over the last year there have been numerous events that have caught the dental industry’s attention, including the General Dental Council annual retention fee consultation and the Health Select Committee meeting with Bill Moyes and Evlynne Gilvarry, the announcement of Evlynne Gilvarry stepping down from the top of the GDC, all the ongoing petitions for a sugar tax from numerous quarters including Jamie Oliver, and plenty of other breaking dental news.

You can vote online by visiting www.dentistry.co.uk/top50.

The Lifetime Contribution Award has now been running for three years and proudly boasts Per-Ingvar Bränemark as 2015’s winner.

Passing away just before last year’s Lifetime Contribution Award, Per-Ingvar was considered by many as the father of modern implant dentistry, leaving behind him a legacy – the discovery that titanium could be tolerated by the body to provide an anchor for
prosthetic devices.

This is a sideline to our annual Dentistry Top 50 poll, and is separate to the main event.