Stop publishing letters in The Telegraph 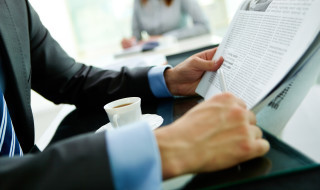 Stop publishing letters in The Telegraph

A different method is needed if Tony Kilcoyne is going to make any change, Seb Evans says.

One of the stories that has been trending recently on Twitter is the letter from Tony Kilcoyne published in The Telegraph.

In the letter Tony, along with 400 dentists, argue NHS dentistry is unfit for purpose, as well as comparing UK NHS dentistry to that of ‘third world’ dentistry.

Although I understand Tony to be fighting for a worthy cause, to improve NHS dentistry, I can’t help but refer to Michael Watson‘s comment in the last issue of Dentistry magazine.

He finishes by quoting a comment from The Telegraph website saying: ‘If this is the third year you’ve all written to The Telegraph without obtaining the desired result, I would think you’d have learnt to give up and stop flogging a dead horse.’

I have to agree; writing a letter, getting more than 400 signatures and publishing it in The Telegraph once a year does seem to grab the media’s attention for a week or two.

But ‘today’s news is tomorrow’s fish-n-chip paper’, despite the story and some dentists getting some air time on national TV, I don’t think his campaign will go any further this year than it has done in previous years and will be forgotten about next week.

A different method is needed I think if Tony wants to seriously make any change.

The people who can make change happen work at NHS England and Julian English, editor of Dentistry magazine, has spoken to the chief dental officer to get the names of the people to contact.

Make sure you grab the February issue of Dentistry to read the interview and find out the names of the people to contact.

Elsewhere junior doctors and dentists have taken industrial action this week over pay and working conditions.

I say lets get behind these dentists, whether you agree with their actions or not, and lets campaign to get better working conditions for our NHS staff in the long run.

Then we can discuss whether taking industrial action is the right path to tread afterwards.