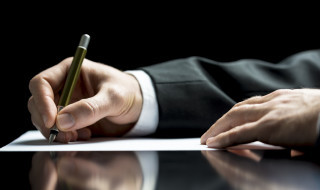 Tony Kilcoyne’s letter published in The Telegraph was unhelpful to both dentists and NHS dentistry, Michael Watson believes.

Last week dentistry hit the headlines with a letter published in The Telegraph, and signed by 400 dentists saying that the NHS system was unfit for purpose and was leading to a ‘third world’ service.

The lead author and organiser of the letter, Tony Kilcoyne, has been popping up all over the broadcast media and many dentists think he has done a great job.

I cannot agree, nor can many of those I have spoken to, who have told me it was unhelpful.

The chief dental officer for England, Sara Hurley, said that many of the assertions made in the letter, and accompanying article, are ‘difficult to substantiate’.

The British Dental Association (BDA) has remained silent, wisely I feel because the story could rebound badly on the profession.

Since the new contract started nearly 10 years ago, the NHS has lost the power to decide who is seen, how often they are seen or what treatment they have, including prevention.

All it does is commission units of dental activity, with having only a limited say in what care they represent.

Unlike GPs, dentists do not have to take on more patients if they are working to ‘full capacity’, something which they define for themselves.

What works best for a contract holder in business is to have a small number of patients with good oral health, see them frequently and do the minimal amount of work on each.

Someday someone is going to ask why the NHS is paying £75 for a single surface filling or £300 for a single crown or one tooth acrylic denture.

And given that in Scotland, Childsmile is a success, why should they not divert some of the money being spent on UDAs into a preventive scheme operated by therapists and trained nurses.

Doctors can only close their lists to new patients with the consent of NHS England, why should the same not apply to dentists?

All this would require is changes to the contract, but ministers may not wish to wait until the prototypes succeed or fail, if the public are clamouring for something to be done.

Add in the Chancellor’s recent proposal for time limited contracts, there could be change much earlier.

The change will not be to the liking of many dentists, but that’s what happens when you stir up the hornet’s nest that is NHS dentistry.