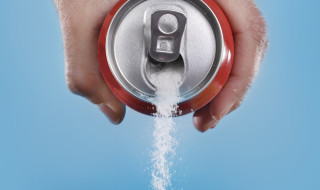 The BADT has called on the UK to follow the example of Mexico and introduce a sugary drinks tax.

The calls have come after a report, published in the British Medical Journal, had shown a 12% reduction in sugary drink sales after a 10% tax was introduced in Mexico, and a 4% increase in healthier alternative drinks has also been recorded.

The British Association of Dental Therapists (BADT) believes this could help to improve the oral health of future generations if a similar tax was introduced in the UK.

‘Mexico has set a precedent with its commitment to improving the health of its population and it is now imperative that the UK Government looks at the findings of this significant research and considers the evidence before it,’ Fiona Sandom, president of the BADT, said.

‘The research coincides with two other studies that highlight the potential health risks of consuming sugary foods and must surely add to the mounting pressure on MPs and health experts to seriously consider a similar sugar tax here.’

A 40% reduction in free sugar content in drinks over five years could prevent almost 300,000 cases of type 2 diabetes.

These figures come from a report published in The Lancet Diabetes & Endocrinology, and are backed up by studies from the University of Leeds’ Department of Cardiovascular Sciences showing how sugars high in sugar can affect the heart’s recovery after a heart attack.

‘Health promotion is an essential component of health policy, too,’ Fiona continued.

‘Education is key to improving the wellbeing of our population as well cost saving for the NHS.

‘As the New Year starts, it was heartening to see the launch of Public Health England’s Change4life Sugar Smart campaign – including the app that scans food and drink for sugar content.

‘But, as dental professionals, we all need to put ourselves at the forefront of this drive to enlighten patients – especially in view of the fact that they come to see us when seemingly healthy.

‘Only with an all-encompassing approach to health can preventive measures be successful.’

The average child in the UK consumes three times the annual amount recommended by the Specialist Advisory Committee on Nutrition.

Meanwhile, Mexico implemented its excise tax of one peso per litre on sugar-sweetened beverages in January 2014.

With some of the highest levels of diabetes, overweight, and obesity in the world, reducing the consumption of sugar-sweetened beverages was paramount in achieving an important target for obesity and diabetes prevention.