Time for some New Year’s resolutions in dentistry 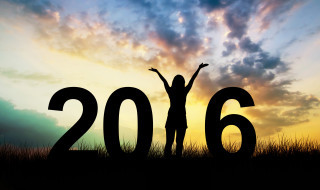 Time for some New Year’s resolutions in dentistry

A New Year usually brings with it New Year’s resolutions for self improvement, so what should the dental profession be improving on this year?

Many people will probably start with the General Dental Council, and the recent announcement that Evlynne Gilvarry will be stepping down and Ian Brack will be taking over from the end of January gives the regulator the perfect opportunity to start fresh.

After speaking with Evlynne Gilvarry recently (an interview that will be published in the January issue of Dentistry magazine), it does feel like the dental regulator has started to turn a corner, despite the Professional Standards Authority report recently.

In the interview she explains that a drop in annual retention fees could be just around the corner.

She also points out that more support should be made available to those going through fitness to practise proceedings.

Although these might only be words at the moment, at least it shows signs that the regulator is beginning to listen to the profession and acknowledge some of the issues everybody is raising, maybe 2016 could be the year for self improvement at the GDC?

Changes at the BDA

Paul Woodhouse has recently been elected as the UK-wide leader of the British Dental Association’s (BDA’s) Principal Executive Committee.

Although Dentistry.co.uk is still waiting to hear anything from Paul, the BDA has been very vocal recently and will need to be through 2016.

The impending junior doctors strike will have a knock on effect for hospital dentists and the new NHS dental contract is moving closer and closer to becoming a reality.

To help fight the corner for dentists and the dental profession, the BDA will need to be on the ball and continue to be very vocal throughout 2016.

Using the app, consumers can scan barcodes and immediately see how many sugar cubes or grams their food or drink contains.

So if you haven’t made any New Year’s resolutions yourself, at least you can use the Sugar Smart app to encourage patients to make improving oral health one of theirs.