Whistleblowing at the GDC 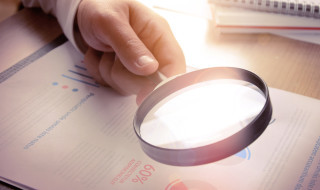 Whistleblowing at the GDC

Michael Watson reviews the PSA report on the GDC’s handling of a whistleblowing complaint.

Shortly before Christmas the Professional Standards Authority (PSA) issued a damming report on how the General Dental Council (GDC) had handled a compliant from an unnamed whistleblower.

He said that the GDC chair didn’t understand dentistry and had failed to grasp that a fundamental prerequisite for good regulation is accountability and transparency.

Mick continued: ‘He (Moyes) appears to lack any understanding of the significance of what has gone on and has, instead, sought to put up an organisational smokescreen.’

What was the problem?

So what was the problem that the whistleblower identified?

The PSA report runs to 306 pages so any summary is bound to be somewhat selective.

Briefly, the whistleblower had said that the independence of the GDC’s Investigating Committee had been jeopardised by various ‘objectionable practices’, and the PSA agreed.

As the BDA has pointed out, Moyes ‘failed to grasp the significance, or seriousness, of the concerns raised by the whistleblower’ and was slow in informing other council members of the existence of the whistleblowing issue.

In summary the BDA says the ‘highly critical report paints a picture of a management team doing exactly what it wanted to do and a council not holding it to account.’

As is obligatory these days, adverse findings in a report must be shown to those involved, which is why Chilcot is taking so long to report on the Iraq war.

So there are some paragraphs starting ‘The GDC has asked us to record…’.

In short the GDC admits very little, and says that it has taken remedial action.

But the PSA says in view of its past actions it is up to the GDC to demonstrate that it has learned its lesson and made significant changes to its procedures.

The resignation early in December of the GDC chief executive shows that Evlynne Gilvarry, having presided over all this, was in no position to take the remedial action needed.

Her successor, on an interim basis, is Ian Brack, who in late 2014 was appointed as interim chief executive of the Office for Legal Complaints after it too had seen a high level resignation.

By all accounts he did a good job and the dental profession will be looking to him to sort out the mess that is the GDC.