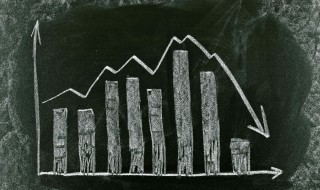 The DDRB should go back to recommending dentists’ pay, not contract values, Michael Watson says.

In February 1949 the House of Commons debated dentists’ pay.

When the NHS had been set up six months previously the Government had underestimated both the level of demand for dentistry among the population and the willingness of dentists to work hard to meet this demand.

Consequently the NHS had overspent on dentistry and was seeking to remedy this by putting a cap on earnings.

The Government was, and is still, responsible for determining the level of fees or as now units of dental activity (UDAs) and this may only bear a passing resemblance to the work and expenses involved.

Dental fees must be sufficiently low to be affordable, but sufficiently high to attract dentists to do the work needed.

Some of them were working hard and earning much more (as also happened in 1991) and it led to cuts in fees over the coming years (as happened again in 1992).

Fee cuts dominated the 1950s, there was the introduction of patients’ charges, and successive Governments tried to keep expenditure under control, but it led to dissatisfaction in both dental and medical professions about their pay.

The Doctors’ and Dentists’ Review Body

This is more than a quaint look at history however, as the upshot of all this was the establishment in 1971 of the Doctors’ and Dentists’ Review Body (DDRB), which still reports today.

Its original remit was to make recommendations to the Prime Minister on the ‘remuneration of doctors and dentists taking any part in the National Health Service’.

For dentists this meant recommending a target average net income (TANI), not ruling on the level of fees.

It worked reasonably well for about 25 years, but in 1995, the DDRB decided to recommend on fees not dentists’ income, and it has been constrained by various Government’s public sector pay policies.

As Eddie Crouch, the BDA’s vice chair and chair of its Review Body Evidence Committee, said to the DDRB: ‘We are reaching a point where delivering (the service) on ever-diminishing funds will no longer be possible.’

It is time that the review body went back to its basic job of making recommendations for dentists’ pay, not saying how much contract values should be increased.