Dental contracts in the Chancellor’s sights 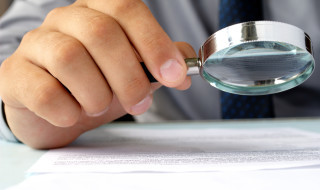 Dental contracts in the Chancellor’s sights

Are NHS dental contracts being considered the same as other corporate contracts the Government issues, Michael Watson questions.

Now dentists seem to be in the Chancellor’s sights.

He has always been there of course, as once a year under all Governments he writes to the Review Body to tell it that ‘times are hard’ and it must be moderate when it makes its award.

But last week’s policy paper on ‘boosting competition to bring down bills for families and firms’ is something else.

He is seeking to implement an Office of Fair Trading (OFT) report from 2012, which many of us thought had been buried in an obscure pigeon hole somewhere in Whitehall.

It wanted dentist’s treatment plans and price lists to be ‘clear and easily accessible’, which may have an affect on those in private practice.

On the NHS side, the OFT report had found that around 500,000 patients each year may have been provided ‘with inaccurate information by their dentist regarding their entitlement to receive particular dental treatments through the NHS’.

In other words, some people are being told that some treatments, perhaps root treatments, chrome dentures, bridges and hygienist scalings are not available under the NHS but can be provided privately.

The Chancellor wants NHS England to crack down on this sort of thing.

Finally, he said the Government will be ‘carefully considering the issue of non-time limited dental contracts as part of broader work on contract reform’.

Contracts will no longer be for ever, but will need to be re-bid for, just as orthodontic contracts are at present.

The policy paper was written in collaboration with the Business Secretary, not the Health Secretary and I wondered why.

I may be wrong but I detect a new approach; equating dental contracts with all those other Government contracts, which are now so common in the public sector.

Across great swathes of local government and Whitehall departments, services have been outsourced often to large companies such as Capita and G4S, to say nothing of the privatisations of rail, energy and telecommunications.

These companies are used to having to bid for time-limited contracts and they expect to be free to run their businesses, within guidelines and targets set down by the Government.

They are responsible for their failures, as with G4S at the Olympics.

So the Chancellor and Business Secretary see the dental contract as just one more among thousands that the Government commissions.

So they should conform to the same rules about being time-limited.

And if you flout the rules by telling patients that root treatments or chrome dentures are not available under the NHS, expect to be jumped upon from a great height.

Welcome to the new world of public services though contracts.