How will the Autumn Statement affect dentists? 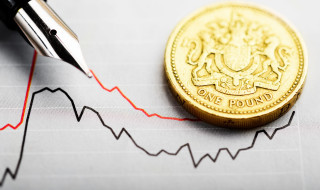 How will the Autumn Statement affect dentists?

George Osborne delivered his Autumn Statement yesterday and there are some changes that will affect dentists.

By the end of this parliament, the local Government will keep business rates revenue.

Elected mayors will, subject to certain conditions, be allowed to raise business rates as the uniform rate is abolished.

A levy of 0.5% of an employers’ wage bill is to be introduced in April 2017 but will affect less than 2% of UK employers.

People collecting the new state pension from April 2016 will receive £155.65 per week.

Tax relief on pension contributions could be subject to further change and a decision was expected yesterday but now seems to have been delayed until the budget next March.

Buy to let and second homes

From 1 April 2016, people purchasing buy to let properties and second homes will pay an extra 3% in stamp duty.

‘There was little to worry high earners and dentists will be relieved that income tax rates remain unchanged.

‘For once, pensions remain off the agenda, probably in anticipation of the consultation (underway) Osborne announced in the last budget.