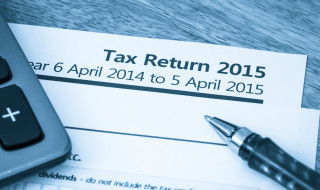 Practice owners have reason to celebrate after an expected review of Capital Gains Tax (CGT) relief did not materialise in the Government’s Autumn Statement earlier this week.

Many commentators had privately predicted that the Chancellor of the Exchequer would reduce Entrepreneurs’ Relief – a scheme that cuts the amount of tax being paid when selling a business.

But despite this, finance experts have ultimately branded the spending review as being ‘fairly neutral’ for dentists.

‘The Autumn Statement was largely a spending review with a few adjustments being made to what was already in the July 2015 Budget,’ said Susan Hutter, a specialist accountant for the dentistry profession with London firm Shelley Stock Hutter. ‘It was fairly neutral for dentists and almost more notable for what it didn’t include as opposed to what it did.’

She continued: ‘It was good news for dentists that the Chancellor did not interfere with the popular Capital Gains Tax (CGT) relief known as “Entrepreneurs Relief”, as it was predicted that he may do so. If a dentist sells a business asset that includes shares in their own qualifying trading companies, the effective rate of Capital Gains Tax on the gain is only 10%. This is for sale proceeds of up to £10m (over a lifetime.) This is in place until further notice!’

Dentists operating as limited companies could continue to breathe easily, she added.

‘There was also no U-turn on the reduction in Corporation Tax rates, which are currently 20% on companies’ profits. These are being decreased down to 18% from 2020. For those who trade as a limited company this is obviously good news,’ Susan continued.

But not everything in the statement was good news, she warned.

Susan added: ‘There was an interesting development on the payment of CGT on the profit on the sale of a residential property which is not one’s own home.

‘From 2019 onwards – the exact date is to be confirmed – the CGT will have to be paid within 30 days of completion on the sale. This is a far less generous time period than is currently the case, whereby CGT does not have to be paid until 31 January following the end of the tax year in which the sale was made.

‘This is an advancement on what the Chancellor called in the July 2015 Budget “a revolutionary simplification of tax collection”, which is to be brought in under “real time individual digital tax accounts”. It is believed that more of this type of thing is to follow with taxes being paid far more quickly after the profit/gain is made and is being phased in between 2016 and 2020.’

Susan also addressed the changes to the workplace pensions scheme.

She said: ‘The workplace pension contribution by employers, which was going to be increased by 1% to 2% from October 2016, has now been delayed to coincide with the start of the tax year 2017/18 (ie on 6 April 2017). This is good news for those who employ staff as it means that there is a real saving of 1% of the gross salary that is paid to staff. It is better than nothing!

‘As far as pensions are concerned, no further changes were announced in the Autumn Statement although we did expect some clarification, which did not transpire. However it should be remembered that from 6 April 2016 the Annual Allowance, which is effectively the maximum contribution payable into a pension scheme, is being reduced for those whose income is over £150,000.