Is it the right time for Evlynne Gilvarry to leave? 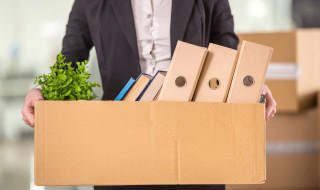 Is it the right time for Evlynne Gilvarry to leave?

Few will miss Evlynne Gilvarry after she announced she will step down in January, says Michael Watson.

The news that the chief executive and registrar of the General Dental Council (GDC), Evlynne Gilvarry, is to step down in January will be music to the ears of many in the profession.

The press statement from the GDC gives little hint of why this should happen now.

She says that after five years it is the right time to go.

Many dentists will feel that she has hung on too long after the GDC was criticised at the judicial review nearly a year ago.

In March this year, during the accountability hearing before the Health Committee in the House of Commons, she was asked by Robert Jenrick MP: ‘If you do not have the support of dentists, how can you continue in your role?

That is the crux of the matter, a regulator that has lost the confidence of those it regulates cannot continue.

Gilvarry sought to justify her actions in front of the committee, but many will say that she failed to do so.

In the summer the Professional Standards Authority, which oversees all health regulators, issued a damning report on the GDC’s performance, especially in relation to fitness to practise procedures and losing the confidence of the profession.

Earlier this month in relation to the GDC’s consultation on the annual retention fee, Mick Armstrong, chair of the British Dental Association, said: ‘The regulator is continuing to overstep its remit, and is still expecting registrants to pay for that excess.’

In paying tribute to his chief executive, the GDC chair, Bill Moyes said: ‘She successfully made the case for legislative changes that means, from 2016, the GDC’s fitness to practise processes will be more efficient and effective.’

Next year there will be change though secondary legislation (a section 60 order), which will introduce ‘case examiners’ who will carry out screening of cases.

They will be able to make decisions that are currently performed by the Investigating Committee and which should screen out cases that are without merit.

It would seem that someone high up thinks that Evlynne Gilvarry is not the right person to implement these changes.

Her departure will be mourned by few in the profession.