What’s on the horizon for dentistry? 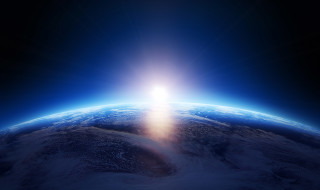 What’s on the horizon for dentistry?

Michael Watson warns dentists to look at the black cab, restaurant and hotel industries to see what could be on the horizon.

An article that caught my eye over the summer concerned French restaurant owners who are urging the Government to ban ‘meal-sharing’ websites.

The site Vizeat allows French households to host home-cooked dinners allowing tourists to meet locals and enjoy an authentic experience at a French home rather than dining at a restaurant.

Restaurateurs say that the households offering this do not have to comply with regulations on hygiene, food health or alcohol licenses, so it is unfair competition.

Restaurant owners’ concerns have been heightened by the success of Airbnb, which puts visitors in touch with locals willing to rent accommodation by the night or week as an alternative to hotels.

Anyone who travels to London these days will know that there is a great row between black cab drivers and the London mayor, Boris Johnson, over the introduction of Uber cars in the capital.

Under the scheme passengers contact drivers through a smartphone app, the cab arrives and GPS guides your driver to the destination for a fraction of the black cab fee.

The relevance of all this to dentistry is that patients contact practices in much the same way as you hail a cab, book a table at a restaurant or a room at a hotel – very last century.

Patients, on the other hand, still complain that they cannot find a dentist under the NHS, despite numerous government initiatives over the last 20 years.

And although private practice now reaches far more people than ever before and accounts for over half of spending on dentistry, there is a lingering misapprehension that patients do not know how much it will cost and suspect it will be too much.

So wonder how much longer it will be before some enterprising entrepreneur sets up a website whereby patients can find a dentist through an app on their smartphone or tablet and know how much it will cost.

Then through the same technology they can book an appointment, at a time convenient to the patient not the dentist, and on the same day if necessary.

Perhaps someone has already thought of this and dentistry will move into, and embrace, 21st century technology?