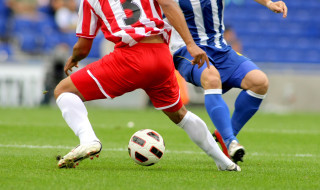 Professional footballers experience poor oral health, according to a new study, which can impact on the wellbeing and performance of the player.

The study, from the UCL Eastman Dental Institute, found that 37% of the 187 professional footballers who were asked have active dental decay and 53% had experienced dental erosion, whilst 5% had moderate to severe gum disease.

‘The involvement of these clubs was fantastic in what is the first study of this size and scope to collect comprehensive oral health data from players,’ research lead, Professor Ian Needleman, said.

‘Although the severity of oral ill-health varied from team to team, overall we found that a significant percentage of our top footballers are affected by dental decay, tooth erosion and gum disease, much of which is preventable.

‘But while these findings are worrying we are pleased that clubs such as West Ham are already embracing the findings and building on their existing interventions by placing oral health care at the forefront of their medical agenda.

‘We hope that other teams follow their lead and introduce robust oral health screening and promotion as a routine element of their programmes.’

Just under half (45%) of professional footballers are concerned about their oral health, according to the study.

With 20% also reporting that poor oral health had impacted on their quality of life and 7% claiming it had affected their performance.

‘Teeth problems never come at a good time, so we at WHUFC prefer to screen and plan preventive interventions with the dentist in the off and pre-season,’ Stijn Vandenbroucke, head of medicine and sports science, West Ham United FC, said.

‘Oral health is an area where many athletes have greater problems than the general population so it has been a massive achievement for so many professional football clubs to collaborate with each other to help us understand the scale of this problem better.

‘Being part of this study has also helped us as a club to implement tailored interventions to treat and prevent further problems.

‘There aren’t many areas of screening in sport that meet all screening criteria and can be so useful with such clear preventive benefits for athletes and club.

‘Hopefully those who read the study will see the advantages as well.’