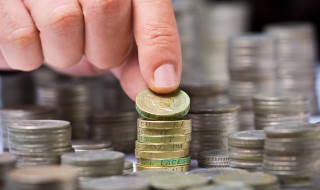 Michael Watson discusses the complications the DDRB, the BDA and the Department of Health will face when examining dentists’ pay.

As the clocks go back, winter looms and the Doctors’ and Dentists’ Review Body (DDRB) starts its examination of the evidence about dentists’ pay.

As Eddie Crouch, who chairs the BDA’s Review Body Evidence Committee, told the DDRB: ‘For the eighth year running dentists have been asked to do more with less.’

He said that patients will ‘inevitably suffer’ when dentists cannot invest in new equipment and have to struggle with ‘ever-increasing reams of red tape’.

‘Governments’, Eddie continued, ‘across the UK appear to have settled on a winning formula for demoralising an entire profession.’

Unless this is changed, he said, ‘we are heading for a retention crisis’.

Speaking up for dentistry

I applaud the vigorous stand the both Eddie and Mick Armstrong, who chairs the BDA, are taking in representing and speaking up for the profession on this and other issues.

But I am pessimistic about the outcome, mainly because the issue of pay for dentists’ and all who work in the profession needs more serious consideration than it has received.

The DDRB claims to make recommendations for all dentists who work in the NHS; in reality it ignores the 85% who are associates.

Not our problem it says, the DDRB cannot interfere with private contracts made between contract holders and their associates.

The BDA is in a cleft stick over this, its evidence will only affect contract holders, including corporates, not the bulk of its members who are associates.

For how much longer can the BDA claim to represent both sides when the financial interests of owners and associates are so different?

Another question, which will loom large in the future, when a more prevention based contract is introduced is whether the taxpayer is getting value for money from their investment in NHS dentistry.

The 2006 contract gave rise to a great reduction in the content of courses of treatment, for example one crown or filling instead of two or more, an extraction rather than a root treatment.

The average course of treatment nowadays is well within the competence of a dental therapist, so why is the NHS paying some dentists over £100,000 after expenses to do it?

And in a future of prevention, much of the work can be done by suitably trained nurses, who is going to pay a dentist to do it?

I really think that these will be the issues that the BDA, the DDRB and the Department of Health is going to have to address in the near future, rather than fussing over 1% here or there, which seems so important now.

8hr
|
Dentistry
Dentistry Online uses cookies to give the best experience. If you continue to use our site, we will assume that you agree to the use of such cookies. Read More.
Accept