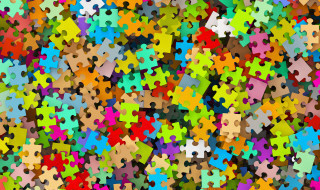 Nigel Jones reflects on the last few months and discusses the conundrum of NHS dentistry in England.

In the wake of the general election, it has been a quiet few months for NHS dentistry in England – quieter than many would have expected – and it’s hard to know what to read into that, if anything.

It could be argued that there is no reason to suspect that the timeline for the reform of the English NHS contract, laid out under the Coalition Government, will not continue to be followed. This certainly makes sense in the context of the Government that could well think it has bigger fish to fry.

After all, the Conservative party has found itself with an overall majority and, following the outcome of the Labour leadership context, facing an opposition that may not be that potent. The Tories must be exploring in some depth just how far they can use this slightly unexpected state of affairs to their ideological advantage and tinkering with a part of the NHS that isn’t causing that many difficulties may not be high up the agenda.

Dentistry back on the agenda?

On the other hand, you could use the same logic to speculate that maybe the time is being used to completely rethink their stance on a number of areas and that dentistry may be among them. This could be a radial rethink or something more cosmetic.

Certainly, the conditions are unlikely to be more conducive to something highly significant like contemplating the introduction of a core service. It could be argued there has never been a better time for the Government to be so bold given the well-publicised pressures on the NHS, the apparent public ‘endorsement’ (through the general election) for austerity measures and associated tough medicine, and that ‘weak’ opposition.

Of course, one of the appeals of a core service, apart from the removal of a drain on management time and NHS brainpower, would be the financial savings. That means a core service would come with core funding, which is not something the British Dental Association (BDA) could necessarily advocate, but might be prepared to support because of the clarity and transparency that such a dramatic step would create.

Although I still wouldn’t put my mortgage on it, the odds on such a move have probably improved and it would render irrelevant the current reform programme’s challenge of trying to solve the seemingly unsolvable in attempting to create a contract that keeps all key stakeholders (Government, the dental profession and patients) happy.

As the prototypes begin, it’s still hard at this stage to see how, apart from in some exceptional situations, that challenge to find a win-win will ever succeed. Of course, there is lots of detail and huge complexity but fundamentally it seems to come down to time.

The pilots seemed to demonstrate – shock, horror – that the additional time spent with patients at the oral health assessment stage of the pathway was appreciated by patients and dentists alike. Better communication resulting in better understanding and better relationships seems to be the end result.

As someone who has been helping practice owners go partially or fully private for 25 years, I know that for the vast majority their motivation to make such a change has not been financial. Most of them have been comfortable with their income but are profoundly uncomfortable with the pace at which they have to work and the impact that has on their health, their families and a whole host of other considerations. Therefore, the prime objective has been to maintain earnings but slow down the pace of work through spending more time with patients and, ultimately, seeing fewer patients. And, for most, despite the enormity of a decision to leave the NHS, such an objective is perfectly achievable with the right planning.

At a dental event earlier in the year, I listened to one owner of a pilot NHS practice describe the 20% drop in patient numbers and the resulting working conditions that seemed more akin to those desired by dentists seeking to make a transition into successful private practice! On the face of it, this sounds ideal – most of the benefits of private practice without the perceived risk!

Well it was never going to happen. A 20% drop in patient numbers was unacceptable and the confirmation of the details of the blended prototypes confirmed the inevitable. There will be financial incentives to both maintain, if not increase, patient numbers and to increase activity, as well as the continuation of what amounts to performance-related financial incentives in the form of the dental quality outcomes framework.

I say financial incentives to perform but it might be more accurately described as financial disincentives in respect of underperforming as, with no ring-fencing of contract values, the financial risk will be borne by the owners of the practices undertaking the prototypes. Yes, theoretically there is the opportunity to exceed current contract value by 2%, but there seems many more opportunities to stumble at one of the many financial hurdles seemingly in place.

And so we come back to the conundrum of how to increase the amount of time spent with patients, as desired by dentists and required by the oral health assessment, whilst maintaining patient numbers and activity, as required by the Government. Oh, and all the while trying to handle what looks like a potentially significant increase in administration and bureaucracy to ensure the achievement of targets (and the creation of management information to challenge any financially impactful assessments with which practice owners disagree).

Perhaps I’m just getting cynical and of course, given my role at Practice Plan, perhaps it suits me to be cynical, but it is very hard to see how this can be resolved to everyone’s satisfaction.

While the myth that the NHS can be all things to all people is perpetuated, access will remain the priority and that will always threaten the time that can be made available to individual patients. The treadmill will therefore continue with the resulting effects on the morale of dental teams, the physical and mental health of the dental profession, the satisfaction of patients and the risk of complaints.

The Government has a duty to ensure the taxpayer gets value for money for NHS dentistry and so some form of performance management and quality assurance is unavoidable. And yet such scrutiny just adds further pressure (and cost) to practice owners.

Given all of the above, there has surely never been a better opportunity to move towards a core service and provide the clarity, transparency and honesty about what is realistic to expect from NHS dentistry that would seem to be in everyone’s interests.

Contact Nigel for further advice and support on [email protected] or visit www.practiceplan.co.uk/nhs.