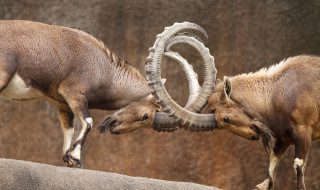 Kevin Lewis reviews the latest news regarding the GDC’s consultation over the annual retention fee.

In the afternoon of 6 October, I had a strange sense of déjà vu. That feeling when you sniff the air and realise that summer has turned to autumn – it was Tennyson who spoke of ‘…spring, when a young man’s fancy lightly turns to thought of love.’ This is more a case of ‘Autumn, when young Mick’s fancy lightly turns to thoughts of judicial review’.

Giving a half-decent impression of Lastminute.com the General Dental Council (GDC) announced a consultation on its proposal to freeze the annual retention fee (ARF) for 2016 at the controversial 2015 levels and in a flash the British Dental Association (BDA) goes into battle. In one sense it is a continuation of last year’s legal spat over the same issue and unless I am mistaken, the GDC and the BDA will be locked in combat again in the weeks ahead.

It is worth pausing for a moment to consider the different costs faced by a GP on the one hand and a GDP on the other. It costs £406 a year to be a GP member of the BMA and a similar sum (£375) to be a member of the BDA at ‘Essential’ level. Admittedly in the case of BDA membership this rises to £815 and £1,125 at the ‘Extra’ and ‘Expert’ levels respectively.

You don’t have any kind of choice where your professional registration is concerned. A medical GP pays just £420 a year to be registered with the GMC, while a GDP pays £890 a year to be registered with the GDC. The only professional cost where we come off better than medics, strangely enough, is professional indemnity where a typical full-time medical GP pays something in the region of £7-£10,000 rising to something like £15k or £20k a year for a ‘procedural’ GP. Only a small minority of GDPs get close to this, by virtue of the range of procedures they undertake.

Last year the GDC’s original argument for a 64% increase in the ARF (later moderated to an increase of about 55%) was nailed firmly to the mast of the spiralling cost of FTP procedures, the plughole down which most (about 80%) of the money was disappearing. As I write this column a year down the road, I am struck by the thought that placing the words ‘55% increase’ and ‘moderated’ in the same sentence is probably an oxymoron.

To understand the GDC’s case for keeping the ARF at current levels you need to re-read all the assumptions about the number and cost of FTP cases and how the cases flow through the system. I refer here to the assumptions that were subjected to a cursory skim-read by KPMG last year with the caveat that it only looked at the information put in front of it by the GDC.

In my view there is nothing much wrong with the model itself and when you are planning to spend £35 million of somebody else’s money it is a relief to find that there is at least a plan. In fairness, the GDC can have little or no idea at the start of any year how many complaints or other pieces of information will enter the jaws of the fitness to practise (FtP) sausage machine.

Last year’s ARF hike was predicated upon the widely trailed increases in the number of ‘complaints’ received by the GDC between 2010 and 2014. The GDC states that 2012 was 44% higher than 2011 and 2013 was another 31% increase on 2012. However, the GDC now expects that when the rest of 2015 has played out, it will have brought the GDC a very similar number of complaints to 2014. So much for the forward projection. No doubt the GDC will be sacking the advertising agency it used to drum up business previously.

This slight turning off of the tap at least gives the GDC a little wiggle room and brings us to the thorny question of what it is doing with the cases once it has them. The GDC consultation document reports that there has been a much improved and more proportional triaging of cases at the front end. I do agree with that and there is a growing body of evidence to support it. At long last this front end really is working a lot better and we should all be hopeful.

The dilemma for the GDC right now is that the FtP sausage machine is full to bursting with all those cases that came through the door in 2013 and 2014, and which in 2015 and 2016 are reaching the expensive end of the process. The exception to this is the money still being needlessly and electively spent on referrals to the Interim Orders Committee (IOC) in circumstances where it is often a complete mystery what the committee is doing.

The GDC is acutely aware that its rate of IOC referrals and the slender justification for many of these referrals is under close scrutiny. This may explain why, amidst a mountain of statistics provided on every other aspect of the FtP, there is an eerie silence on the number of IOC referrals and their cost, this information being buried in other aggregated figures. If we can take this as a sign of embarrassment and an intention to put it right, so much the better.

The most chilling statistic in the GDC’s consultation document (apart from the prospect of another demand for £890) is that the number of hearing days planned and budgeted for in 2016 is 1,656. This is 2.8 times the equivalent hearing activity that took place in 2010.

One is tempted to ask if UK registrants are behaving 2.8 times worse than they were in 2010. Others will ask if they are missing something, given that there are only 365 days a year including weekends and public holidays. It is a fact, that the GDC arranges multiple hearings in parallel on the same day in order to fit them all in.

But it is perhaps not widely realised that the GDC has responded to the calls from many quarters and even before the long-awaited section 60 order to give additional FtP powers that could streamline the process, things are already a whole lot better than they were a year ago. A much greater proportion of cases are being concluded at an earlier stage in the process.

In the BDA’s robust e-blast issued in the immediate wake of the GDC’s latest consultation being announced, Mick Armstrong referred to ‘mission creep’ from the GDC being part of the reason why it needs to collect more money.

There is certainly a widespread perception of ‘mission creep’ on the part of the GDC, fuelled I am sure by some of the public communications emanating from the GDC itself. But with only 3.3% of the GDC’s proposed budget being spent on ‘quality assurance’, about 78% on fitness to practise and a further 16.7% on administering the registration process itself for its 106,000 or so registrants, it is quite difficult to find the hard evidence to support this perception.

The BDA’s clear message to the GDC is to cut its suit according to its cloth, and focus on protecting patients rather than straying into acting as advocates and consumer champions – let alone the more recent indications that the GDC sees itself in the same space as the royal colleges and the faculty where quality is concerned. When so much still needs sorting out within its basic functions, the BDA’s advice to the GDC is to put an end to any extraneous excursions and to ‘stick to the knitting’. On this occasion might I suggest that some chain mail and/or a suit of armour might be a suitable subject matter for the GDC in all those long hours spent waiting for the consultation responses to arrive. The closing date for the consultation is 3 November.