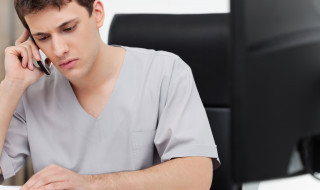 New advice has been given to help dental professionals who think a colleague’s behaviour is putting people at risk.

The advice from the General Dental Council (GDC) reminds dental professionals that they are responsible for raising concerns if they believe somebody might be at risk, and that managers and employers should support a workplace culture where staff can speak about issues openly and without fear of reprisal.

It also says concerns should be raised within the workplace wherever possible, following local policies and that only in rare situations will the GDC need to be the first port of call for raising a concern.

‘The Dental Defence Union (DDU), receives many calls from dental professionals each year about whether to raise a concern and how best to do it,’ Rupert Hoppenbrouwers, head of the DDU, said.

‘The decision to speak out is rarely taken lightly so the new advice will provide additional help to dental professionals in this difficult position.

‘Under principle eight of the GDC’s Standards for the Dental Team, dental professionals have a duty to “raise concerns if patients are at risk” so it’s important not to turn a blind eye to issues such as poor performance by colleagues or lack of resources which may potentially harm patients.’

A survey by the DDU found less than a quarter of dental professionals had experience of raising a concern and 8% had encountered barrier to doing so.

‘We know from our own research that it can be off-putting for dental professionals who think their concerns won’t be taken seriously or will reflect badly on them,’ Rupert Hoppenbrouwers continued.

‘It’s important to realise, as the GDC advice explains, that even if a concern turns out to be nothing serious, a professional’s actions will not be viewed badly as long as they acted honestly, used the right channels and had patients’ or colleagues’ interests in mind.’