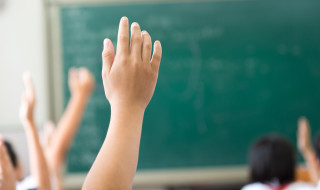 Pupils in these schools who have experienced decay have more teeth affected and their oral hygiene is poorer, Public Health England (PHE) found.

And the number of children with a substantial amount of plaque is double that of those attending mainstream schools.

The results were obtained from the first national survey of oral health in schools for children with severe special education needs and disabilities (SEND).

Advice could include breast feeding for better nutrition, discouraging the use of a feeding bottle, cutting consumption of sugary food and drinks and supervised brushing.

Dr White said: ‘Tooth decay is caused by too much sugar in the diet and children currently consume three times as much sugar than official recommendations.

‘Despite children in special support schools having slightly lower levels of tooth decay than children in mainstream schools, they are still very high so we must not be complacent.

‘Local authorities and NHS England should take it upon themselves to provide dental services with specially trained staff who can cater for the multiple complex needs of these children.’

The key findings of the survey are:

As in mainstream schools, children from the poorest households had the most decay and that decay was worst in the unfluoridated north west.