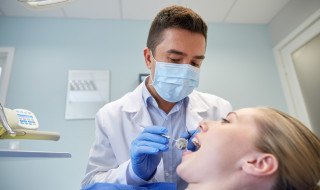 Is it time for another ‘rubber windmill’ exercise, this time to test the prototype contracts to destruction, Michael Watson asks.

No I am not losing my marbles; there was such an exercise carried out in 1990 to test the then novel purchaser/provider system for delivering NHS care.

It was commissioned by the late Alasdair Liddell then a regional health authority manager, and was a major simulation exercise, which attempted to see how the Conservative internal market reforms of 1990 might work in practise.

It was what is known in the armed forces as a TEWT (tactical exercise without troops) and enabled both clinicians and managers to test mechanisms and behaviours, and develop practices to ensure the new system worked.

The Kings Fund has also carried out two ‘windmill’ exercises, in 2007 and 2009, to test how the NHS might react to continuing reforms and having to live within a budget.

The ‘rubber windmill’ crossed my mind as I read some slides from a presentation on the new ‘prototype’ contracts.

How will they affect dentists, others in the dental team, patients, NHS England, the Treasury and the service NHS dentistry delivers?

Over the last 25 years we have had two major contract changes and several ‘experiments’, such as PDS and the pilots.

The Department of Health has always underestimated the effect of the changes on the work dentists do.

Before the 2006 contract the assumption was that dentists would be paid the same as they were under the old contract and would not change their work patterns.

What happened, to take one example, was that instead of providing an average of two crowns per course of treatment, dentists did one.

Dentists were offered a ‘reverse BOGOF’ (buy one get one free).

The Department of Health said it would ‘buy’ one crown and hoped to get one or more free – sorry that is not how things happen in real life.

I wasn’t at the symposium where the details of the prototypes were presented to those having expressed an interest in signing up, so it may be unfair to comment on just the slides of the presentation.

The new system allows for a significant fall in ‘treatment’ to recognise the additional time being spent on prevention.

Let us hope that works but as always with a capitation system, where the patients are not paying and making sure they get value for money, there is tendency towards ‘supervised neglect’.

Why see a patient every six months if you are only being paid to see them once every three years?

It was such thoughts that made me wonder if another ‘rubber windmill’ exercise was needed to test the system to destruction, before it is tried out on patients.