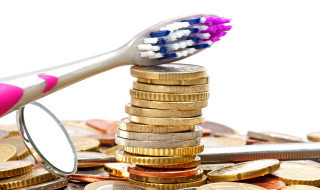 Dentists across Scotland, England, Wales and Northern Ireland have warned governments in the UK that failure to invest in oral health is unsustainable.

The Dental Earnings and Expenses, 2013/14 report shows that NHS dental practitioner incomes have fallen by at least a fifth in all nations since 2008.

‘Since the financial crash, both practice owners and associates have had to stomach around a 20% drop in their real incomes, and these cuts have consequences.

‘Patients inevitably suffer when our profession is left incapable of investing in new equipment, and facing down a bourgeoning crisis of morale.

‘When tooth decay remains the number one source of hospital admissions among children the only option on the menu in Holyrood, Westminster, Stormont and Cardiff Bay has been swingeing cuts.

‘It’s time we saw some real investment in oral health.’

Associates in Northern Ireland and Scotland saw their earnings decrease by over 27% in real terms since 2008.

‘The Scottish Government has to consider the costs when it leaves a whole health profession demoralised, and think twice about the future,’ Robert Donald, chair of the Scottish Dental Practice Committee, said.

‘We have become the lowest paid dental practitioners in the whole of the UK, enduring years of cuts and red tape.

‘Dentists in Scotland are under pressure, and the Government has a responsibility to ensure patients don’t end up paying the price.

‘Our priority is patient care, but politicians can’t keep taking money out of dentistry and expect business as usual,’ Peter Crooks, chair of the Northern Ireland Dental Practice Committee, said.

‘Eight years of sustained cuts are making it harder for practitioners in Northern Ireland to deliver the service our patients deserve.’

‘Dentists in Wales are providing the highest quality care for their patients with ever-decreasing resources,’ Katrina Clarke, chair of the Welsh General Dental Practice Committee, said.

‘We’re seeing practitioners that can’t re-invest in their practices, and in the final analysis patients lose out.

‘Recent evidence shows only two out of 48 dentists questioned in Cardiff are accepting new patients.

‘Our profession is stretched to the limit, and areas with the highest need are already feeling the pinch.’