Evlynne Gilvarry has insisted the GDC is ‘turning the corner’ 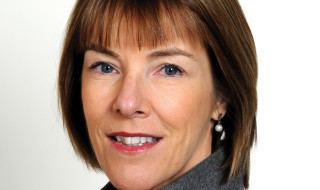 Evlynne Gilvarry has insisted the GDC is ‘turning the corner’

The head of the under-fire General Dental Council (GDC) has insisted it is turning the corner and will take the ‘stress’ out of fitness to practise cases.

Evlynne Gilvarry admitted the need for ‘significant improvement’ by the regulator had been exposed by a big surge in complaints – which are up 115% since 2011.

That increase sparked fierce criticism that dentists and patients were being ‘left in limbo’ as fitness to practise cases dragged on – and piled pressure on Health Secretary Jeremy Hunt to overhaul regulation.

The GDC itself said it was operating under outdated 30-year-old rule, criticising ‘weak arrangements for local resolution’, which led to unnecessary fitness to practise cases.

But, in an article for the Politics Home website, Ms Gilvarry, the GDC’s chief executive and registrar, said it was ‘implementing a major change programme that is already delivering real improvements’.

Ms Gilvarry said: ‘We are aware of the challenges of the past and have actively confronted them.

‘We have invested substantially to clear a backlog of cases that had built up over the years of big increases in complaints.

‘We have completely overhauled our training and performance management of staff, and upgraded our IT systems.

‘We are also working with other bodies – such as NHS England and the Care Quality Commission – to improve the overall system of dental regulation in the UK, in particular in the area of dealing with complaints.

‘This improvement does not show through in the latest performance review due to the historical nature of the evidence the PSA use in its process.

‘However, I am very positive about the direction of travel of our fitness to practise function.’

The secret dentist focuses on reasons to feel positive with a growing private dentistry potential this month. At the moment,…