Scotland calling for better regulation north of the border 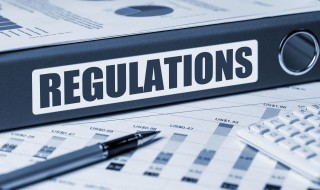 Scotland calling for better regulation north of the border

Scottish GDPs believe the GDC is not fit for purpose to regulate the dental team north of the border.

A Scottish Dental Practice Committee (SDPC) survey revealed almost nine in 10 respondents (88%) believe the General Dental Council (GDC) is not fit to regulate the dental team and protect patients, and 92% of respondents have asked the SDPC to look into establishing a Scotland based regulatory body.

‘Scottish GDPs have given an emphatic vote of no confidence in the GDC,’ SDPC chair, Robert Donald, said.

‘They know that they are being regulated by the worst health regulator in the UK.

‘The GDC is responsible for regulating over 100,000 registrants including dentists and other dental care professionals.

‘Those organisations representing patients should be concerned about the survey results and the implications of the PSA’s annual report.

‘My colleagues are fed up waiting for improvements to be made to address these serious failings and have given their representative committee a mandate to investigate establishing a Scottish based regulatory body, which is fit for purpose.

‘We have today asked for an urgent meeting with the chief executive of the GDC and the Scottish Health Minister to discuss the survey’s findings.’

These results have come after the GDC has had a number of serious concerns raised against it.

The Professional Standard Authority (PSA) found the GDC had failed to meet a total of seven of its standards of good regulation and only fully met one of the 10 standards on fitness to practice, and in it’s assessment of nine healthcare regulators, the GDC came bottom of the league.

The SDPC is planning on carrying out more GDP surveys.

If you would like to take part you can add your name to the database by emailing [email protected].