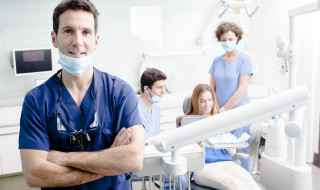 Dentists would be happier if they ditched NHS work and treated only private patients, a striking Government analysis suggests.

The study – into ‘motivation and morale’ – also found that dentists are least satisfied about their pay, when ranked alongside questions about ‘recognition’, ‘equipment’, ‘challenge’ and ‘progression’.

Overall, providing-performer dentists in England and Wales were found to be more motivated than principals in Scotland and Northern Ireland.

Asked if they were motivated, 45.7% of providing-performers in England and Wales said ‘strongly agree’ or ‘agree’ across all the criteria – more than in Scotland (42.4%) or Northern Ireland (35.2%).

But morale was lower than motivation.

The analysis was carried out by the Health and Social Care Information Centre (HSCIC), which published its findings for the first time.

It quizzed dentists about their levels of motivation and morale in relation to issues such as weekly hours, annual leave, age, division of time between clinical and non-clinical work and private dentistry.

On the latter, the HSCIC found that dentists who do more private work (an NHS share of 0-25%) were more motivated than those who do mainly NHS work (75-100%) – both providing-performer and performer only dentists.

On pay, less than a fifth of providing-performers who do mainly NHS or mixed work responded positively – only around half of the 38.2% who did so, while doing mainly private work.

The report states: ‘It is predicted that switching from all private to all NHS work (whilst keeping other working patterns the same) would decrease the ‘motivation index’ of dentists by around 15 percentage points.’

However, the researchers left open the possibility that even such a stark difference did not confirm that greater private work would increase satisfaction.

They added: ‘Whilst there may well be a relationship between NHS share (%) and motivation, it is not possible to determine if more private work motivates staff or that motivated staff tend to do more private work.’

But there was little doubt that the question ‘I feel my pay is fair’ scored lowest amongst all dentists, following years of pay squeezes.

For two years, dentists receiving progression pay – linked to length of service and skills – have seen it effectively chipped away, because they have been denied a salary rise alongside it.

And Health Secretary Jeremy Hunt has said fresh negotiations with NHS workers will focus on how to remove the ‘virtually automatic’ pay hikes altogether, as well as on creating a seven-day health service.

The report adds: ‘Nearly half (48.7%) of all providing-performer dentists either “disagree” or “strongly disagree” when asked if they felt their pay is fair.’

The survey was sent to all dentists in the United Kingdom who conducted some NHS or Health Service work within 2012-13 and 2013-14.