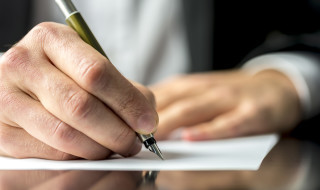 I read with some surprise your article on this website last week, but was not so surprised at the vituperative reaction both here and on other social media sites that it prompted.

In particular your statement that the report on the NHS activity figures ‘is not bad news at all’.

I doubt if the parents of the 25,000+ children who are admitted to hospital to have teeth removed each year, would agree.

Nor I think would the House of Commons Health Committee, which questioned you on this topic, shortly before you retired as CDO.

One eminent dentist who does not agree with you is Professor Nigel Hunt, dean of the Faculty of Dental Surgery at the Royal College of Surgeons, who said, in relation to the report that it was ‘appalling’ that tooth decay remains the most common reason why five-to-nine-year-olds are admitted to hospital.

Prof Hunt went on to say: ‘This data reveals a decade of inertia in access to dentistry,’ hardly a ringing endorsement of your tenure as CDO.

You also wrote that the good news is that our dental health is improving; we have some of the lowest rates of dental decay and disease in the world.

But as Professor Steele pointed out in his BDA Anniversary Lecture, the 15-year olds who get caries today are concentrated in the lower-income groups, with surveys showing a dramatic doubling of decay experience in those who are eligible for free meals.

The average number of decayed teeth in this cohort has barely shifted in the decade from 2003 to 2013.

I would suggest that this group, who are most in need of prevention, are almost certain to be among the 30% of children who have not seen a dentist in the past 24 months.

So no amount of fluoride applications on regular attenders will help them.

You rightly express concern about the fact that ‘as a percentage of the population, fewer people are visiting the dentist.’

Which? has pointed out that its research reveals that ‘a third of dentists who say they’re accepting new patients actually don’t, and those that do often have lengthy waits.’

I doubt that they would consider the data as ‘good’ news.

The figures also show that nearly 10% more courses of treatment were carried out compared with 2006/07 and 18% more units of dental activity (UDAs) on 6.7% more patients.

Why is this? The figures are largely silent on the content of courses of treatment.

Almost the sole focus of dentists’ work is delivering UDAs, with the very real threat of clawback if they do not.

This has little to do with encouraging prevention or ‘spreading the message by getting out into the community’ as you put it.

That, I am afraid, is your legacy, which your successor as CDO will have to address.