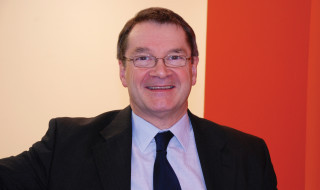 The report is a mixture of good news and worrying news.

It is not bad news at all.

As a nation the good news is that our dental health is improving; we have some of the lowest rates of dental decay and disease in the world.

But when we look to the future, there are still some serious challenges ahead.

The report states that thirty million patients, or 55% of the total UK population, saw a dentist in the 24 months ending 30 June 2015.

But the UK’s recent population growth means that as a percentage of the population, fewer people are visiting the dentist.

If the UK population continues to grow but the number of patients stays the same, then you could say our success has flatlined.

The other good news is that the most common treatment among children is the application of a fluoride varnish.

Nearly three and a half million children had this treatment in the last year, that is an increase of 25%.

This is hugely significant, it means dentists are becoming pioneers of preventative treatment rather than spending their time dealing with the consequences of poor dental health.

Mydentist, which is one of the largest providers of NHS dental treatments in the UK, is proud to be doing its bit to improve the dental health and education of children with schemes like our Kid’s Club, which encourages parents and children to practice good oral hygiene from the appearance of a child’s first tooth.

When I started out as a dentist I would estimate around 40% of the population did not have any of their own teeth.

In the latest adult dental health survey just under 70% of the current population do not have active tooth decay.

Another challenge is our ageing population, who on the whole have better dental health than previous older generations.

Of course this will put some pressure, in terms of patient numbers on NHS England.

There is still lots of work to do be done, but it needs to be taken outside the dental surgery.

We need to keep spreading the message by getting out into the community, into schools, and educating both adults and youngsters alike.

We need to get the message through that brushing teeth correctly, regular dental checks and reducing the amount and frequency of sugar consumption can make all the difference to our children’s dental health.

Then we can pride ourselves on having a population with the best dental health of any nation on earth.