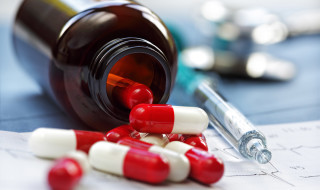 Michael Watson discusses the growing concern of antimicrobial resistance, and the growing pressure on dentists to prescribe antibiotics.

The health story that seems to have engaged the media last week was headlined in one paper as: ‘Soft touch doctors should be disciplined for over-prescribing antibiotics’.

But they could in future face disciplinary action from the General Medical Council for such over-prescription.

Professor Mark Baker, director of the Centre for Clinical Practice at the National Institute for Health and Care Excellence (NICE) said millions of patients were becoming addicted to the idea of antibiotics, often touring surgeries and A&E wards until they received a prescription.

NICE has issued new guidelines telling doctors to delay treatment to see if symptoms clear up on their own and stop giving drugs for minor illnesses like sore throats and urinary tract infections.

Professor Baker said those who fail to adhere to the guidance should be brought before the General Medical Council.

A Department of Health spokesperson said that the overuse of antibiotics effects was the responsibility of patients, doctors, dentists and vets, not just GPs.

Many dentists, who are understandably nervous about a General Dental Council that seems hell-bent on investigating dentists, no matter how trivial the ‘offence’, are worried that they could be next for disciplinary action.

Dentists are in a different league from GPs.

For patients going to their doctor means a prescription; a visit to a dentist means treatment, especially if they are paying for it.

The latest NHS activity statistics, also published last week show that treatments where antibiotic items were prescribed fell 1.7% to 633,439 for adults and by 3.3 % to 82,819 for children, many fewer than those written by GPs.

In addition the Prescribing by Dentists publication, reported that there was a 2.9% decrease in the number of items prescribed by dentists between 2013 and 2014.

Nevertheless in one respect we have similar problems to our GP colleagues.

Failure to comply with these patients’ demands can lead to complaints and adverse comment in the Friends and Family Test, in which it was also announced last week that dental practices had a 97% approval rating.

The red, amber and green (RAG) system in dentistry will mean that patients will have to be told ‘No, you cannot have a crown until your perio condition improves.’

Our reward from the NHS for this? One UDA instead of 12.

Our reward from the patient? A letter of complaint from their solicitor.

Yes dentists are in the same sea as GPs, if a different boat.