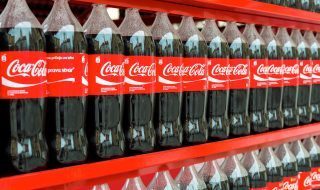 Coca-Cola is overlooking the impact its soft drinks has on our oral health, dental therapists have claimed.

The soft drinks giant recently funded research that concluded physical activity was the biggest indicator of childhood obesity, and Coca-Cola has received widespread criticism for ‘downplaying’ the role of a healthy diet.

‘Up until now, there has been overwhelming scientific evidence that sugary drinks are linked to poor health and there now sits a question mark over this latest study that was funded by Coca-Cola,’ Fiona Sandom, president of the British Association of Dental Therapists, said.

‘More importantly, however, the evidence regarding sugary drinks and their link to tooth decay is universal and this in itself can be a precursor to other serious health issues – and there is much research that shows how periodontal disease and systemic health are closely linked.

‘This new study could easily cloud patients’ judgement when they consider the health risks of their soft drink consumption.

‘As dental professionals, we must not allow it to encourage complacency within a UK population that needs to embrace a balanced diet and good oral hygiene habits in order to help prevent disease and promote a healthy lifestyle.

‘We should remind patients of the dangers of high sugar consumption, especially when “hidden” in fizzy drinks, and educate them in how these can also lead to tooth erosion through constant “acid attacks”.’

Critics of the study, carried out by Global Energy Balance Network and financed by Coca-Cola, are claiming it has no credibility when its funding has been provided by a company that seeks to promote sugary beverages.