Leicester leading the way in fighting tooth decay in children 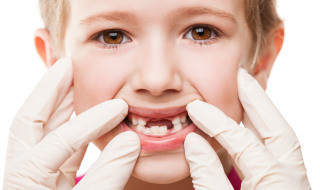 Leicester leading the way in fighting tooth decay in children

One English city has declared it is leading the way in fighting tooth decay in children after making the problem a key public health priority.

Leicester discovered it has the worst record of any local authority for five-year-olds – more than half have decay – and among the worst for three-year-olds, with more than one third affected.

Now the city council has launched a ‘Healthy Teeth, Happy Smiles!’ initiative – modelled, in part, on projects in Scotland – which it believes goes further than any other area of England.

She explained: ‘That’s when we found out we were the worst area in the country for tooth decay amongst five-year-olds.

‘We decided we would specifically look at how to improve the oral health of children, particularly pre-school children, but then moving up the age groups as we can.

‘The unique thing here in Leicester is that the local authority has taken the leadership role – we don’t think you will find that anywhere else in England.’

Neighbouring Leicester County and Rutland have shown interest in what Leicester is doing, but other local authorities are not making oral health such a priority, she said.

Ms Murphy added: ‘I know that dentists in Lincolnshire are upset, because they are struggling to get the council on board and taking on the same leadership.’

On the quality assurance scheme, Ms Murphy pointed out that there was still no date for the long-promised new dental contract, focusing more on preventative work.

She explained: ‘We are supplementing that contract by persuading practices to put their heads up and say they are absolutely committed to prevention and a family-oriented model, which may mean different procedures.

‘They must demonstrate that they are thinking about the wider health agenda and about behaviour change when it comes to smoking and alcohol.

‘Most patients say they don’t get information from dental practices about those things so we are trying to get dentists more engaged with those issues.’

The consultant said public health improvements were inevitably long-term, which meant it would take at least five years to judge whether the Leicester initiative is succeeding.