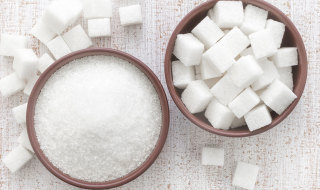 The Government has vowed to act on key recommendations made by official nutrition advisers to cut Britain’s so-called ‘addiction to sugar’.

However, ministers have ruled out a ‘sugar tax’ – demanded by the British Dental Association and other campaigners – but without explaining why.

The moves follow the publication of guidance by the Scientific Advisory Committee on Nutrition (SACN), after a seven-year review into the health effects of carbohydrates, which includes sugar.

The Department of Health (DH) said accepted the SACN’s recommendations calling for:

The ideas will feed into a forthcoming national strategy on childhood obesity, Dentistry was told.

The adoption of the recommendations will please the British Dental Association (BDA), which launched an online petition to back the SACN’s proposals.

In particular, the BDA called for action on the high intake of ‘free sugars’ – the effectively nutrient-free refined sugar added to products such as sweetened drinks.

It linked the problem to tooth decay, the number one cause of hospital admissions among children.

Every year, 46,500 young people under 19 have teeth removed under general anaesthetic, with hospitals forced to run extra operations in the evenings and at weekends to deal with demand.

Announcing support for the SACN report, public health minister, Jane Ellison, said: ‘As a nation, we eat and drink too much sugar, which has a direct impact on our health.

‘We are accepting the recommendations made in this expert report and the Government will be using them to develop our forthcoming national strategy on childhood obesity.’

Asked about a sugar tax, DH officials said it was not being considered, but did not set out why.

The Action on Sugar pressure group wants a sugar reduction target of 40% in food and drink by 2020, a ban on advertising of unhealthy foods and drinks to young people and a 20% duty on sugary drinks.