Children’s teeth in the media 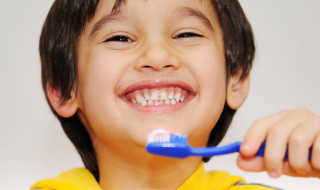 Children’s teeth in the media

Michael Watson discusses the way children’s teeth have been portrayed recently in the media.

The crisis is well known to dental teams, namely that almost 26,000 general anaesthetics are given to five-nine-year-old children for dental extractions, which are avoidable and preventable.

Professor Nigel Hunt, dean of the faculty of dental surgery at the Royal College of Surgeons, told the paper: ‘We are talking frightening figures and the services just can’t cope.’

The story filled the media for a few days until overtaken by the prospect of seven-day working for consultants, then the perils of taking too much sugar, something not unconnected with children’s extractions.

Those with an opinion in the dental world blamed sugar, the Government and the NHS system.

The British Dental Association (BDA) has organised an online petition to David Cameron demanding that he backs the Scientific Advisory Committee on Nutrition report, which called for a reduction in sugar intake.

The BDA’s Mick Armstrong said that the Government has ‘a clear duty’ to tell the food industry, that while added sugar might be helping their sales, it is hurting their customers.

Both the BDA and the BMA have called for a tax on sugary drinks but this action has been ruled out by the Prime Minister’s office.

However, Kevin Lewis, writing on this website last week, pointed to the ‘immensely powerful and influential propaganda machinery of the sugar industry’, which will fight tooth and mail against a reduction in sugar content of food and drink.

Turning to the ‘NHS system’ and the lack of a prevention strategy, everyone is agreed that ‘something must be done’.

The Department of Health’s spokesman told the Daily Mail: ‘We are radically changing NHS dentistry, so that dentists will be paid for keeping the nations’ teeth healthy, rather than just for treating problems as they arise’.

But any reformed contracts will not be rolled out for another four years at least, hardly a rapid response to the crisis identified by Professor Hunt.

Also last week Mydentist (formerly IDH) published a survey that found that one in seven children had not had a check-up by the time they reached the age of eight.

Speaking for the company, Barry Cockcroft, former CDO, said: ‘It is unacceptable in a modern society that people are not bringing their children for dental care, when it can cause such pain and discomfort.’

I do not believe that it is helpful to blame parents for the state of their children’s teeth, when we, as a profession, are not guiding them.

There are some rays of light, Childsmile in Scotland and Teeth Team, based in Hull, are showing the way on bringing prevention to those who most need it, those who otherwise would never see a dental professional until it is too late.

NHS England and the profession should be supporting such schemes, not blaming parents for the way they bring up their children.