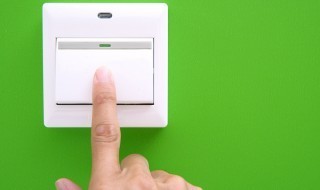 With the sheer number of energy related stories in the media, including the dire warnings that the UK is close to having minimal spare capacity to generate electricity, it shouldn’t come as a surprise that dental practices need to be proactive in lowering their energy consumption.
According to the Carbon Trust’s Better business guide to energy saving (2012), most businesses could use a lot less energy and, indeed, from the Trust’s experience, even low or no-cost changes could bring bills down by 10%.
This is a claim that is backed up by Chris Caffery, an adviser at Utility Options, an independent energy consultancy, who says that 95% of businesses that contact him can save either on their upcoming contract renewal or their current pricing. It irritates him that there are still too many businesses on uncompetitive contracts or paying high non-contract prices.

There are a number of easy steps that dental practice owners can take to keep their bills in check, beginning with understanding that being ‘out of contract’ is not like possessing a ‘get out of jail free’ card. Having no energy supply contract may give flexibility, but it also means that customers will be charged out of contract prices, which can carry a 30-40% premium over standard tariffs.
However, while many energy suppliers have stopped automatic rollover of customers onto new 12-month contracts (because notice to terminate was not given on the appropriate renewal date), some still operate this policy. Their customers need to diarise the contract renewal date and give notice accordingly if they want to be able to move. They also need to ensure that the correct termination notice is served to the right location in the required way.
Caffery believes that dental practice owners wanting to exit their contracts should use the services of a broker to aid this transition, and there are plenty of them, according to Google. Remember, different suppliers have different termination windows; make sure you know the notice period for your contract.
For example, those wanting to leave SSE need to serve a termination notice 30 days before the renewal date, while British Gas demands notification 90 days beforehand. Either way, practice owners should have their next contract agreed at least one month before the old contract ends.
Interestingly, Ofgem brought in new rules at the end of August 2013 that treat small businesses that spend up to £10,000 on fuel (gas or electricity) per year more fairly. Furthermore, since 31 March 2014, these small businesses are entitled to clearer information about the key facts of their energy contract, benefit from no-automatic rollover and will be able to give notice at any time for the given due date (instead of within the standard 90-day window before the contract ends).

Unlike the domestic market, because of the way the business energy supply works, making a quick online comparison is not possible. While the domestic market is largely based on location, the business market has a number of elements that determine the tariff cost.
The majority of the rate is based on the wholesale energy cost, which, says Caffery, is influenced by many daily (or hourly) factors and changes. Then there is the transportation cost – a charge by the generator of the electricity to an area to deliver the energy to the customer on behalf of the supplier.
Another contributor to a bill is government taxes and levies (of which there are multiple). And, of course, there is the profit margin for the supplier that is surprisingly small in most cases.
However, there are other factors that need to be considered when looking at prices, including credit rating (because businesses are effectively borrowing from the supplier), and the length of contract (a deal may be poorer at first but over time this improves as market prices rise).
It’s hard to set down in print the target price that dental practices should be aiming for because, as we’ve seen, it very much depends on the area of the country in which the user is based. However, Caffery notes that Scotland and Yorkshire command the highest rates due to the transportation costs associated with the energy distribution, while central England has some of the lowest rates.
He says: ‘There can be as much as a 25% difference in price just because of where you are in the country.’ For example, energy in the East Midlands for a single rate tariff costs around 10.05p/kWh while the same tariff in northern Scotland is charged at 11.56p/kWh.
Just as with using intermediaries to find the best deal for, say, insurance, practices can use an energy consultancy to trawl the market for the best tariffs. Says Caffery: ‘Apart from the fact that a broker has access to some preferential rates from suppliers, it’s the fact that the contract is managed that could potentially save a customer a great deal of money.’
Consultancies offer a range of services including full bill analysis, bill correction (where required) and reminders of when the contract is due for renewal.
‘It removes the stress from the already busy business owner, and prevents them from receiving bills at high non-contract rates,’ Caffery adds. Of course, there are different types of energy consultant. There are firms like Caffery’s Utility Options, and then there are consultancies such as Expert Energy, which offer a more internal and investigatory approach with energy surveys, lighting surveys, sustainable build and renewables consultancy.

No supplier is perfect, says Caffery, adding that businesses and brokers – like most of us – often base their first choice on price. He explains: ‘It’s the bottom line that matters to 99% of firms.’
However, some suppliers are more customer service focused than others, but that only really matters if a problem arises. Of course, this is where the energy consultancy can help with their experience.
The ‘gotchas’ that practice owners should watch out for when changing supplier have diminished slightly, at least for the smaller business, because Ofgem has become much more involved with supplier practices over the last two years.
As explained earlier, Ofgem has put pressure on suppliers to stop rollover contracts and forced them to state the contract renewal date on all bills. Most suppliers stick to a contract price for the period of that contract, but they still have clauses that allow them to change prices or include new levies as they are introduced, and this should be kept in mind.

For many, the concept of going green and self-generation is a utopian ideal. But are the likes of roof-mounted solar panels and ground source heat pumps (pumps that circulate liquid through an underground loop, bringing warmer or cooler temperatures to a building depending on the season) worth the investment?
According to Caffery, the deals that were available a couple of years ago were very good, as the government needed to hit EU targets; self-generated power (from renewables) was being sold back to the network at 43p/kWh, a rate guaranteed for 25 years. The ‘feed-in tariff’, as it’s termed, made the payback time short with an average of three to five years. That rate is no longer available and is now around 25p/kWh, making payback more like 10 years.
While ground source heat pumps are worthy of attention, they aren’t cheap to install and require a fair amount of land in which to lay the underground loop. However, biomass (wood chip) heating systems are another matter entirely (see ‘An energy saving case study’ box on the previous page).
One problem for those wanting to go green is their ability to raise the initial cost of installation. The situation isn’t helped by the fact that grants and financial help for installation are complex and patchy throughout the UK.

In the majority of instances, the energy supply relationship works out well, but where there’s a suspicion of unfair treatment, and things go wrong, there is a natural inclination to ask about rights of redress.
Caffery states there are three avenues of complaint open to businesses that think they have been unfairly sold a contract or rolled over on to a new contract, having abided by the terms of the old one. He says: ‘All suppliers have an in-house complaints process, and they are doing more now than ever to get complaints dealt with first time, although it is still a far cry from being perfect.’
Having exhausted that route, Caffery suggests trying Ofgem and the Energy Ombudsman to have a complaint taken further.

Regularly walk around the practice looking for maintenance issues. Take different routes at different times of day (and on different days) looking for broken devices and incorrectly set timers and thermostats. The Carbon Trust has a handy checklist at http://bit.ly/1eQrSfZ.

Many premises are overheated – with some parts heated needlessly and/or poorly insulated, so consider whether all areas need equal heating.
Additionally, fit seven-day thermostats that allow greater control. The Carbon Trust believes that a badly maintained boiler can increase costs by 30%. Similarly, portable heaters are expensive to run and should be fitted with 30-minute timers.
And rather than pumping hot water around a whole building, see if in-situ on-demand boilers would be more efficient.

Fluorescent tubes are popular but few realise that slimline tubes (26mm diameter) use 10% less power than larger tubes (38mm). See if there’s an opportunity to use LED lights to drastically slash lighting costs.
As for lighting use, ensure that lights are only on when needed and look to fit motion detectors to turn off lights when no one’s around. It may sound obvious, but check if the windows and skylights are clean – natural light is free.

According to the Carbon Trust, it can take half as much energy again to remove the heat generated by computer equipment in an air-conditioned space as it takes to run the equipment in the first place. Look for equipment with an Energy Star rating, as it’ll enter a low-power mode quickly.
Ensure that computers are switched off overnight, and turn off monitors when not in use (screen savers don’t save energy, they just protect screens from image burn-in). If you have a photocopier, place it in a cooler area to save having to cool the copier area unnecessarily, and switch it off overnight – this applies to any equipment not in use.