‘Trust dentists and let them get on and do their jobs’ 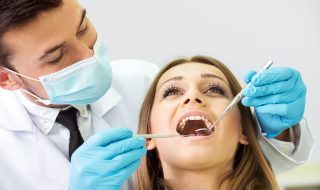 ‘Trust dentists and let them get on and do their jobs’

Michael Watson reports from the Westminster Health Forum in his latest blog.

Once a year I am sent an invitation to the Westminster Health Forum, which runs a seminar on dentistry.

The forum is a place where policymakers in Parliament, Whitehall and government agencies can listen to key people within the dental world and discuss the issues of the day.

He told the Government to trust dentists and let them ‘get on and do their jobs without the shadow of oppressive regulation and the current culture of fear’.

I have never known morale in the profession to be so low and to the concerns voiced by Dr Armstrong I would add uncertainty, both now and for the future.

The regulators were at the seminar in the form of John Milne, from the Care Quality Commission (CQC) and Evlynne Gilvarry, chief executive of the General Dental Council (GDC).

John, still a practising dentist, sought to reassure the audience that the CQC had learned from its past mistakes and wanted to celebrate good practice.

No such reassurance came from Ms Gilvarry; the GDC was faced with a growing number of complaints about dentists and it was doing its best to deal with them in an outdated legislative framework.

A major cause for uncertainty and anxiety is the slow progress towards reform of the NHS contract.

In nine months’ time the contract, which is almost universally disliked, will be 10 years old, and it will be another four years at least before this autumn’s prototypes might be rolled out.

The seminar gave the profession no certainty about what awaits them, although some speakers gave glimpses about what might be ahead.

It will be based on prevention and the clinical pathway approach of the pilots; access and more access is what the Government wants to see; dentists will need to acquire more advanced skills, while dental care professionals take care of the less complex care.

The idea was floated that, far from being a broken contract, the Government regards the UDA system as delivering the goods and getting patients seen.

It seems there is uncertainty about whether the powers that be are really that keen on change.