Tooth decay should be used as a measure of poverty 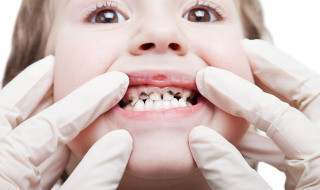 Tooth decay should be used as a measure of poverty

Tooth decay should be one of the Government’s promised new measures of child poverty, a senior MP says.

Iain Duncan Smith, the Work and Pensions Secretary, has sparked controversy by unveiling plans to scrap a landmark ‘relative poverty’ target to measure the numbers below the breadline.

Instead, it will be replaced by a duty on ministers to report levels of educational attainment, worklessness and addiction among families, with the exact details to be worked out.

Mr Duncan Smith told MPs that the crucial issue was how to help people ‘break out of that cycle of disadvantage’, instead of simply measuring income.

And he said: ‘We are currently developing these measures, including family breakdown, problem debt and drug and alcohol dependency.’

But she added: ‘He has touched on alcohol and drug addiction, but will he also look at the burdens of mental health inequalities, and obesity and tooth decay.

‘Those too are having a massive impact on children’s life chances.

‘I hope that he will work across Government departments to make sure that they are tackled as well.’

In reply, the Work and Pensions Secretary told Ms Wollaston: ‘I agree with her about poor health outcomes, which often involve mental health issues.

‘I am happy to discuss those matters.’

The intervention follows Ms Wollaston’s attack on the rates of dental caries among young children from poorer backgrounds as ‘staggering’.

The committee chairwoman has called for the NHS’s ‘five-year forward view’ to include a ‘much greater focus on prevention and health inequalities’.

The old child poverty target – set up by Tony Blair – is based on the percentage of households below 60% of median income.

Although some MPs welcomed the focus on the root causes of poverty, its removal was denounced by Labour as the obituary for ‘compassionate conservatism’.