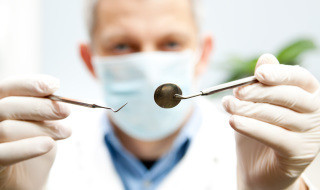 Michael Watson highlights how dentists’ training has changed over the years and how it may need to change in the future.

That wasn’t the title of last week’s BDA anniversary lecture by Professor Jimmy Steele, but it was a theme that ran throughout.

Like every good lecturer it was not only what he said, the way he illuminated the usually dull subject of epidemiology, but it was also making his audience think about the subject.

Professor Steele reminded us that the dentistry he was taught as a student in the 1980s was very different from the dentistry that he now taught his students.

Dental students have to be taught to treat the conditions that they will encounter in their future professional life.

Training for the future

I went up to Guys Hospital in October 1960, a full 20 years before Jimmy Steele and 50 years before the students who will qualify this year, who might themselves still be practising in 2060, 100 years after I started.

As Professor Steele pointed out, back in the 1960s we were still in the midst of what he described as a ‘caries epidemic’ brought on by the influx of cheap sugar in the 18th and 19th centuries.

Nearly 40% of my future adult patients would be edentulous, so we spent at least a year learning to make dentures, not just the clinical side but the technical part at a laboratory bench.

We became quite proficient at removing teeth and placing amalgam fillings and silicates (remember them?), because that would be the basis of our work in the future.

To be fair we covered, albeit superficially, most other aspects of dentistry, including more advanced restorative techniques, periodontology and orthodontics.

But the assumption was that most of us would spend most of our working life filling teeth, extracting teeth and making dentures.

It didn’t work out like that, because the epidemiology changed and there were different challenges, with which most of you will be well familiar.

In his lecture Professor Steele showed how ‘what dentists do’ had changed, most notably with rampant caries still affecting some children and an aging population who want to keep their teeth.

The dentistry on which the newly qualified is embarking is a world as outlined in Professor Steele’s review of NHS dentistry.

It will also require a very different approach to the delivery of dental care, especially in the NHS.

The secret dentist – there will never be a better time…

…to ditch NHS dentistry and get the whole profession to move in the right direction, the Secret Dentist says. What…